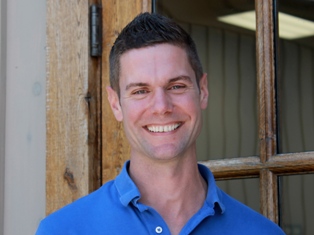 In 1992, Paul Loomis moved the headquarters of SBS from Massachusetts to the grounds of Hilltop Farm in Maryland. During this time, Jonathan Clark had been working for Hilltop Farm doing odd jobs, mowing grass, painting, cleaning stalls and cooking. Growing up near Rising Sun, MD Jonathan had no clue he would one day have a career with horses. He did not grow up showing or breeding horses like most who work in the horse industry and actually has never owned one of his own. Even so, he has now been working as a valuable member of the SBS team for the past 20 years.

Jonathan did not know what he wanted to be when he grew up so he was continuing to work for Hilltop Farm until he found the answer to this universal question. The saying, “everything happens for a reason," rang true for Jonathan when the gentleman helping Paul in his lab unexpectedly had to leave the company. Jonathan said, “One day in passing, Paul jokingly said to me that I should go to college, get my degree in biology and work for him.” He laughed at the thought but Paul was serious. Jonathan went along with Paul to New Jersey where he was freezing semen for his clients. He found the work very interesting, he liked the science aspect and he didn’t mind working with horses. He had worked on farms when he was growing up and liked horses more than he did cows or pigs.

After that day, he began doing part time jobs for Paul which included checking the liquid nitrogen levels of the then 12 storage tanks, cleaning glassware and helping keep the lab clean. He also decided to attend the University of Delaware to obtain his degree in Animal Science. He continued to work for Paul and Hilltop Farm while attending school full time during the Fall semester and then part-time during the breeding season/Spring semester. During the next 6 years he continued this schedule while also learning more and more from Paul. He graduated with his Bachelor of Science degree in Animal Science and began working for SBS full time.

When asked what he enjoys most about working with horses he said, “It’s not so much about the horses but I like that with the job I have with SBS I get to see many different horse farms, people and types of horses. I also enjoy the transition of the breeding season to the freezing season.” Jonathan currently does the majority of the mobile lab freezing based out of the SBS Headquarters in Chesapeake City, Maryland as well as processes the export and import shipments for this facility. In his free time he enjoys sports, long distance running, hunting and working on home projects.