Congratulations to Our Clients - November 2011 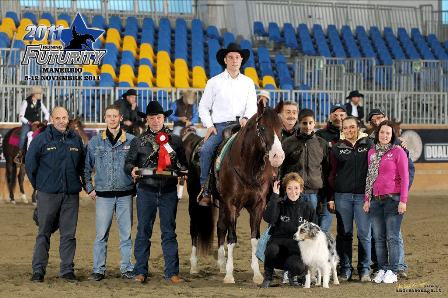 We have lots of successes to share this month! Firstly news from the NRHA/IHRA Reining Futurity in Manerbio, Italy, November 5-12. Francesca Bellingeri from SBS Italia reports - Another success for Spat Split & White and Massimiliano Ruggeri who won the €1500 NRHA Open & the Italian Open Champion title. Massimiliano was interviewed after his win: "Spat Split & White is a very sensitive horse. I just have to ask, and he gives me everything he has. This is the first Italian Championship I have won, so it is very special. Spat Split & White is only 5 years old and I am positive we will have many more successful events together". Spat Split & White (left) is frozen and distributed by SBS Italia.

Congratulations also to Claudio Risso for winning the €1500 added NRHA non-pro division with Spat A Blue. Spat A Blue (photo right) is full brother to Spat Split and White, both sired by Spat O Lena, who has also been collected and frozen by SBS Italia. 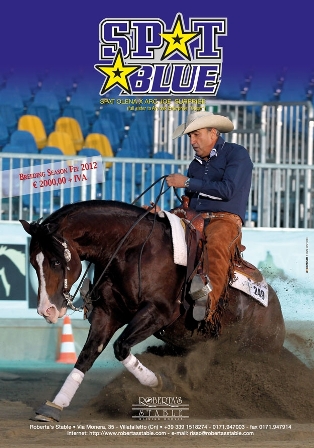 SBS Italia would like to congratulate a long standing client, Mr. Roberto Cuoghi - His mare Push To Play, ridden by Italian trainer Gianluca Munarini, took the $25,000-added Open Champion title at the first ever Mercuria/National Cutting Horse Association World Series of Cutting held in Lyon, France in October. Push To Play is a 10-year-old mare (Kit Dual x Loverboys Missy x Freckles Loverboy) who was bred by SBS Italia in 2011 to Spooks Smoking Cat. We are proud to have an embryo from this mare and both Mr. Cuoghi and the SBS Italia veterinarians are looking forward to welcoming the new foal Spring 2012! 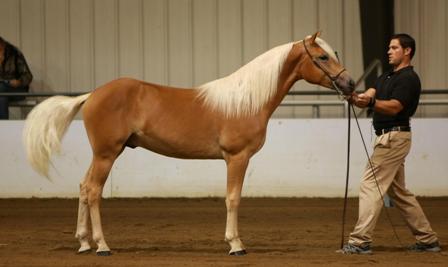 Photo credit for Spat Split and White and Spat A Blue - Andrea Bonaga.