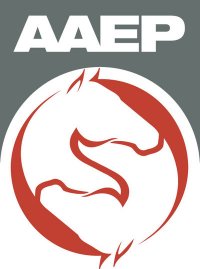 The 57th Annual Convention of the American Association of Equine Practitioners was held November 18-22 in San Antonio, Texas. Paul Loomis attending the conference and prepared this brief summary of a few of the interesting papers presented in the area of equine reproduction.

Manipulation of the estrous cycle and ovulation induction was the general theme of several papers.

Human chorionic gonadotropin (hCG) is commonly used to induce ovulation in cycling mares and is often used to synchronize ovulation in mares being inseminated with frozen semen. Corticosteroids such as dexamethasone have recently been advocated as a treatment to minimize post-mating induced endometritis (PMIE) in susceptible mares. A recent report from Colorado indicated that repeated treatments with dexamethasone in early estrus caused a suppression of luteinizing hormone (LH) and lead to ovulation failure. Dr Bucca’s study was conducted to examine the effect of a single dose of dexamethasone administered at the time of breeding on the ability of hCG to induce ovulation.

They examined the breeding records of 152 mares (223 cycles) of which 113 cycles were for mares susceptible to PMIE and 110 cycles were used as controls. All mares were given a single IV injection of hCG (Chorulon, 1500 iu) when at least one follicle of >35 mm was detected. Susceptible mares were treated with a single dose of dexamethasone (50 mg) administered IV within 1 hr of breeding time.

Ovulation within 48 hours of hCG administration occurred in 91% of mares in the control group and 97% of mares in the dexamethasone treated group. Therefore, it appears as though treatment of susceptible mares with a single dose of dexamethasone at the time of breeding in an attempt to minimize the inflammatory response to breeding does not affect the ability of hCG to induce ovulation.

Dr Ed Squiresof the University of Kentucky presented results of a study evaluating the effectiveness of a new sustained release deslorelin acetate product (SucroMate,TM Equine, CreoSalus, Inc., Louisville, KY) for the induction of ovulation in mares.

Induction of ovulation in mares is desirable in most breeding situations to minimize the number of matings or inseminations required per cycle and to synchronize breeding and ovulation. Several compounds have been used to induce ovulation including hCG, deslorelin implants (Ovuplant) and various forms of injectible compounded deslorelin acetate. HCG has been reported to be less effective in inducing ovulation in older mares and mares receiving multiple injections in a given season and some studies have reported that some mares given deslorelin implants have a delayed return to estrus. This report was a summary of several studies conducted to determine the most effective dose of Sucromate, the efficacy to induce ovulation and the effect on pregnancy rates.

Dose response studies indicated a dose of 1.8mg/ml was most effective to induce ovulation and so a large multicenter efficacy trial was conducted in Australia, Ireland and the United States. A total of 191 treated and control mares were included in the study and time to ovulation, pregnancy rate was recorded. The time to return to estrus for mares not becoming pregnant was also recorded.

The percentage of mares treated with the 1.8 mg dose that ovulated in 48 hours of treatment was 90% in the controlled dose response studies and 72 to 92% in the clinical trial depending on the estrous cycle. There was no difference in pregnancy rates between treated and control mares (81% vs. 83%) and no difference in the mean interovulatory interval between treated and control mares that did not become pregnant (21 vs. 25 days). The authors concluded that a single injection of sustained release deslorelin acetate (SucroMate) administered to estrus mares with a 30 – 40 mm follicle was effective in inducing ovulation within 48 hours. There was no delayed return to estrus in treated mares and pregnancy rates were similar to controls.

All of the treated mares developed a follicle >35 mm within 7.4 days and 23 of 30 ovulated within 72 hrs after hCG injection. In contrast, none of the control mares even developed any significant follicular activity during the observation period. Using this treatment in the absence of artificial lighting, the calendar date of the first ovulation of the year was advanced to Feb 7 vs. mid April for untreated controls.

In addition, there were 3.8 ovulations per cycle for the treated mares in this study suggesting a possible role for reFSH as a superovulation treatment which may have clinical value for embryo transfer or as a method to increase pregnancy rates in mares being bred to subfertile stallions.

Processing stallion semen for freezing generally involves removal of most of the seminal plasma and concentration of sperm by centrifugation. A “cushioned” centrifugation technique concentrates sperm and allows for recovery of > 90% of the total sperm in the ejaculate which can then be diluted with an appropriate cryopreservation extender and frozen. This technique concentrates all of the sperm and does not provide any selection of sperm based on quality. A more recently developed technique for sperm selection involves layering sperm over a column of colloid (EquiPure, Androcoll-E) and gently centrifuging to allow the sperm to pass into the colloid layer. The sperm are separated based on relative density with a high percentage of morphologically normal sperm passing through the colloid to the bottom of the centrifuge tube. Abnormal sperm are trapped in the colloid. By harvesting only the sperm that have passed through the colloid one can obtain a highly selected population of sperm that exhibit better morphology, motility, longevity and chromatin structure. The authors describe their results when comparing these two centrifugation techniques prior to cryopreservation.

A total of 22 spit ejaculates from 8 stallions were used in the study. After collection, ejaculates were diluted and divided with half of each ejaculate being centrifuged using the standard cushion technique and the other half processed through a colloid (Androcoll-E-large). After recovering sperm pellets, the semen was extended and frozen using a standard cryopreservation technique.

Sperm recovery for the cushioned technique was 97% and for the colloid centrifugation was 51%. Following centrifugation and prior to freezing, sperm quality (motility and morphology) was significantly higher in samples processed through the colloid than those concentrated by cushioned centrifugation. After thawing, all measures of sperm quality (motility, morphology, chromatin structure, plasma and acrosomal membrane integrity) were significantly higher for colloid processed samples than for cushion centrifuged samples.

The authors concluded that sperm selection using Androcoll-E prior to cryopreservation resulted in overall increased sperm quality in the thawed semen. They also examined the yield of commercially acceptable (> 30% progressive motility post-thaw) doses from individual stallions and noted that this technique may be most beneficial for stallions that do not typically produce thawed semen with quality sufficient for commercial distribution. Due to the decreased yield of sperm following processing, the group of “good freezing” stallions did not produce as many commercial AI doses of semen with the colloid technique as they did with the cushioned centrifugation technique.

However, if the increased overall post-thaw sperm quality of the colloid processed semen allows for fewer sperm to be included in a dose (without compromising fertility) then the number of AI doses may be increased. Experiments to examine the fertility of thawed sperm selected by colloid centrifugation prior to freezing are needed to further evaluate the usefulness of this technique.

Dr Charlie Love of Texas A&M presented the results of retrospective study on the relationship between breeding method and the fertility of cooled-shipped stallion sperm. This study was conducted at The Four Sixes Ranch (an SBS Affiliate Laboratory).

In addition to these papers there were numerous “How To” presentations including stallion related topics such as centrifugation of semen for cooling, training stallions to mount a phantom, deep horn insemination of frozen semen, performing testicular biopsies and freezing epididymal sperm. Mare related topics included: technique and interpretation of low-volume uterine flush, systemic and local antibiotic therapy for endometritis, buffered chelator solution for chronic endometritis and diagnosis of granulose-cell tumors in mares.