Condolences to Hilldale Farm on the Loss of Night Deposit Chex 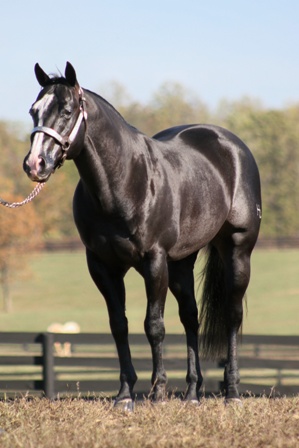 Night Deposit Chex was the horse of a lifetime for Jessicah Keller Torpey, daughter of Tammye Hutton of Hilldale Farm. He passed away on May 29th at 14 years old as a result of a brain aneurysm. He earned over $111,000.00 during his show career. In 2005, Night Deposit Chex and Torpey were crowned NRHA Non-Pro World Champions after earning $41,507.00 that year. Tammye and Jessicah continued to show him through 2010. It has been a pleasure for Select Breeders Southwest to work with Tammye and Night Deposit Chex. They will be able to enjoy his foals for years to come with the use of his frozen semen.