Congratulations to Our Clients 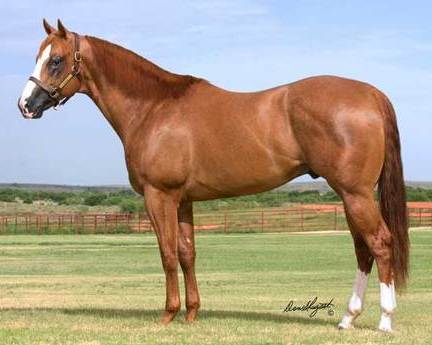 We have lots of news to share with you on the successes of our clients, their stallions and offspring around the world. Four Sixes Ranch reports some fantastic results for their stallion, One Famous Eagle (photo left). His first foals are now 2 years old and beginning their racing careers. So far his offspring have earned $2,382,014, making him the leading freshman sire of all time for racing Quarter Horses, breaking the record previously held by First Down Dash. His biggest runner, ONE DASHING EAGLE, is currently the #1 money earner this year. He won the $1 million Ed Burke Million Futurity, was the fastest qualifier and winner of the $2.4 million All American Futurity, and was the fastest qualifier and winner of the $1.118 million Golden State Futurity on November 4th. With this recent win the colt set a record for most money earned by a racing Quarter Horse of any age in a single season.

Congrats to our friends at Hilltop Farm, their stallion, Qredit Hilltop (photo right; Quaterback - Dream of Glory) finished as the Dressage Champion & Overall Champion at the the 2012 70-Day North American Stallion Test! He earned a 135.93 for his Dressage Index (1st), 113.16 for a Jumping Index (6th), and 126.59 Overall (1st). Qredit Hilltop was also Reserve Champion at the US Young Horse National Championships. Other SBS client stallions that participated in the 70-day stallion test include Roubiax (14th) owned by Crosiadore Farm and Zalinero La Haya (16th) owned by Lind Read.

It was also a big year for offspring of Maryanna Haymon's stallion, Don Principe. David Bowie MF (Don Principe - Rotspon), owned by Maryanna Haymon was the Winner of the Colts of 2012 class, the Devon Foal Champion and Winner of the AUIZHI-MAHB Award For Highest Placed Hanoverian Young Horse, all at Dressage at Devon. He also finished the year winning both the USDF Dressage Sporthorse Breeding Current Year Foal Championship and the USDF Traveling Trot Perpetual Trophy.
The filly De Luetje MF (Don Principe - Londonderry), owned by Elly Schobel, impressively finished the year as the Overall Champion of the USEA Future Event Horse East Coast Finals. 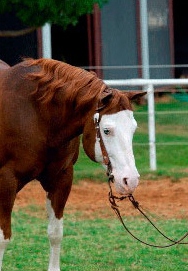 Congratulations to Tim and Colleen on Colonels Smoking Gun (photo right) becoming a Four Million Dollar Sire (more info) and for the marvelous success of Colonels Smoking Gun and his offspring. SBSW have enjoyed working with McQuay Stables throughout the years and are looking forward to our continued relationship for many years to come.

Iron Spring Farm (ISF) has had a great year also, Ravel (by Contango) represented the US at the London Olympics and was inducted into the USDF Hall of Fame. ISF stallions sired three North American Championships and one Reserve Championship in the KWPN-NA breed and young horse classes. ISF stallions were also well represent in the FHANA Top 5 IBOP Riding and Driving classes for 2012, 5 of 10 winners were sired by ISF stallions. At Dressage at Devon ISF won 1st Place for Breeder's Group (Warmbloods), Get of Sire (for Florianus II), and Produce of Dam (for Toraya). Floraya ISF (Florianus II x Toraya) won 1st Place for KWPN Horses 2 Yrs & Younger and the USDF/Great American Ins. Group Filly Championship, East Coast Final. 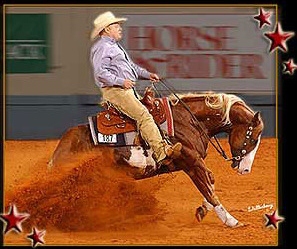 Congratulations to SBS-MD client Double H Farm on their many successes this year (more info). Just one highlight - HH Rebozo competed at the 2012 Olympics with Brazilian rider Rodrigo Pessoa.

DON'T FORGET TO SHARE YOUR COMPETITION RESULTS AND BREEDING HIGHLIGHTS WITH US!