Congratulations to Our Clients - December 2011 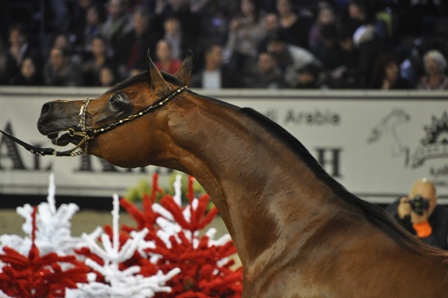 Many of our Arabian clients achieved great success at the World Arabian Horse Championships, held in Paris in conjunction with the Salon du Cheval, a multi-discipline equine extravaganza that should be on the to-do list of all equine enthusiasts! Highlights include for agent Michael Byatt Arabians (owner, Al Shaqab Member Qatar Foundation) - Sire of the World Championships with Marwan Al Shaqab for the 5th year in a row! Marwan sired the Gold, Silver and Bronze medal Senior Stallions, Marquis Cahr, QR Marc and Marajj respectively and the Gold Medal Junior Stallion, Kahil Al Shaqab. QR Marc was presented by SBS Italia client, Paolo Capecci (owner, Knocke Arabians) and Marajj (photo left) is owned by SBS Italia clients, Albidayer Stud. 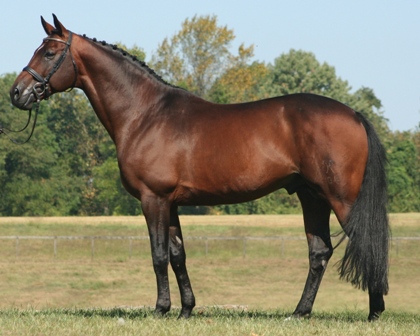 Congratulations to Hilltop Farm, their stallion Royal Prince received his 5th star under the ISR/OLD star awards program - a significant accomplishment! He joins only three other stallions who have achieved 5 star status; two of these stallions, Bugatti and Parabol, are also Hilltop stallions. Royal Prince (photo left) also won the 2011 USEF Dressage Breeding Sire of the Year for the fourth consecutive year. Royal Prince stamps his offspring with a refined modern type, correct conformation, and elastic movement. Hilltop Farm would like to thank all the breeders and owners who confidently chose to breed to Royal Prince in his early years at stud, without their breeding and competition efforts this accomplishment could not have been possible. What a fantastic year for Royal Prince!