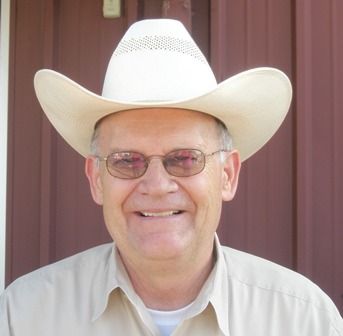 We wish to congratulate Dr. Glenn Blodgett, resident veterinarian and manager of the 6666 Ranch horse division, for being awarded the 2017 Golden Spur Award. The six livestock and ranching associations which sponsor the Golden Spur Award are the American Quarter Horse Association, National Cattleman’s Foundation, Ranching Heritage Association, Texas and Southwestern Cattle Raisers Association, Texas Cattle Feeders Association and the Texas Farm Bureau. In order to receive this award Dr. Blodgett was recognized due to the respect he has earned from his peers and contributions he has made to the ranching and livestock industries.

Dr. Blodgett has been with the 6666 Ranch for 35 years and has guided their horse division into becoming one of the most iconic breeding programs in the ranching, cutting and racing industries. They are also a member of the SBS Affiliate Laboratory Network. In recent years Dr. Blodgett has held several positions within the American Quarter Horse association, most recently presiding as President of the breed association. Other recent awards and recognition he has received include the 2011 Racing Council Special Recognition Award, induction into the Texas Horse Racing Hall of Fame in 2015 and the 2016 Distinguished Life Member award by the American Association of Equine Practitioners.