Endotoxins and Mycotoxins in Equine Feed 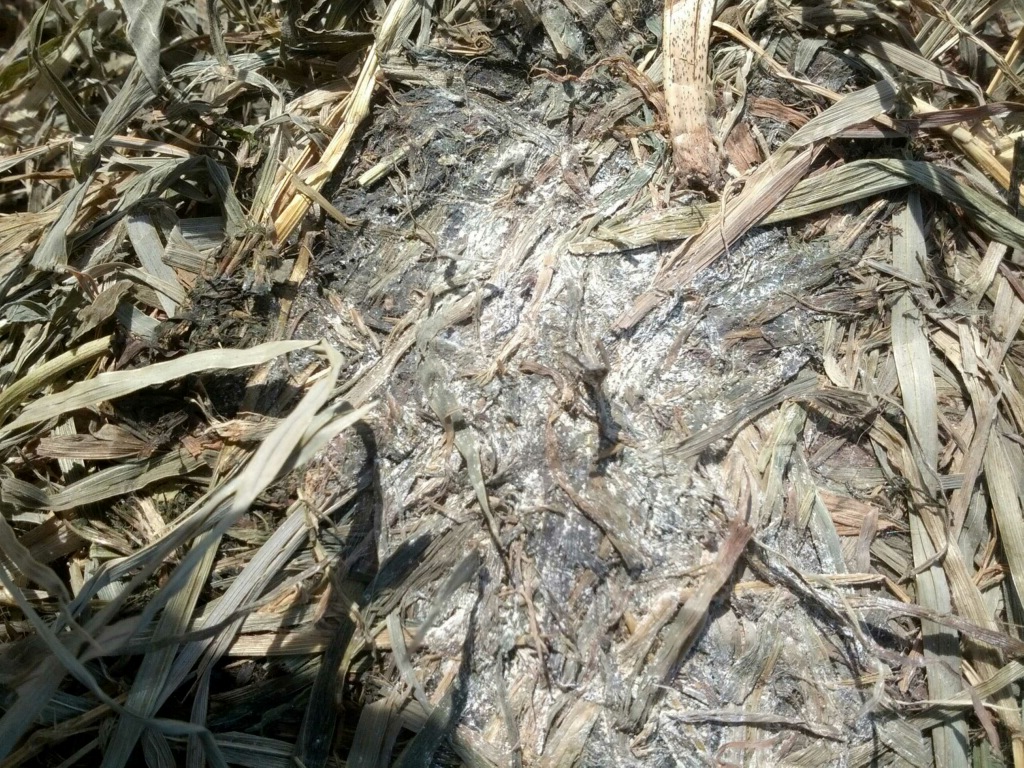 Recently I was sitting on a plane reading an article in National Geographic about mites and how these tiny creatures have been found on almost all humans. They live in our hair follicles and eye lashes and other places on our body without us ever being aware of them. Which is a very good thing as far as I’m concerned because I’m not too keen to think about these little creatures and the intimate relationship they have with me. The article got me thinking about the horse’s digestive tract and the things that can lurk there. Things that are always there and generally do no harm, that we don’t often consider but that have the potential to cause illness as well negatively impact health and reproduction.

What are Endotoxins and Mycotoxins?

Endotoxins are toxic substances bound to bacterial cell walls that when the bacteria disintegrate are released into their environment. Meanwhile, mycotoxins are toxic substances produced by molds and fungi as secondary metabolites providing a defense mechanism to help the mold or fungi colonize the host. Typically, your horse only experiences low levels of these toxins. However, your horse’s digestive tract is home to billions of bacteria necessary for digestion that can potentially release large levels of endotoxin. Mycotoxins are a common component of feedstuffs and are very hard to eradicate completely. Therefore, even though you can’t see these potential sources of toxins, reducing exposure to mycotoxins in feed and potential bacterial die-off in the intestinal tract are important management considerations that few of us actually do consider. 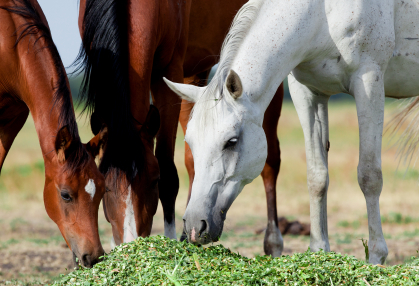 The digestive tract contains many different strains of bacteria that have specific tasks and the relative proportions of each are impacted by the types of substrates the horse is eating. This means that as the diet changes the composition of the bacterial population changes too. Bacteria that are no longer needed in such great amounts or who cannot survive in the newly created environment will die off releasing endotoxins. Rapid growth of new bacterial strains also results in endotoxin release. For this reason it is important to maintain a stable digestive environment by minimizing abrupt feed changes, feed several small meals a day rather than two large ones and to increase the amount of roughage in the ration. Changes of feed include changes of hay. Even one cutting to another of the same type of hay can cause major digestive disruption and risks release of large volumes of endotoxins.  See our article on Performing a Hay Analysis.

What Can Go Wrong?

In a normal situation, once released endotoxins are prevented from leaving the gastrointestinal tract due to the gut lining. The cells in the gut lining can utilize a series of enzymes and antibodies to prevent the toxins passage. In the event that small amounts do escape into circulation they are removed by specialized immune cells found in the liver. However, if large scale bacterial growth or death occurs and the intestinal barrier is damaged due to issues such as gastrointestinal disease, parasitic invasion or surgery, endotoxins will be able to enter the blood stream and may overwhelm the liver. The result is the initiation of an inflammatory cascade and visible symptoms such as fever, depression, sweating, increased heart and respiratory rates, laminitis, colic like symptoms, delayed capillary refill time and darkened mucus membranes. In extreme cases toxic shock can result which can be life threatening. 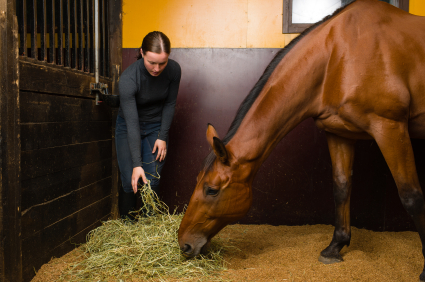 The gastrointestinal tract is not the only way endotoxins can enter your horse’s system, it is also possible to inhale them. The bacteria from the digestive tract exist in feces and can become a component of barn dust leading to inflammation of the respiratory tract and heaves. Airborne endotoxins are found in significantly lower concentrations in pastures than in stalls and for this reason horses suffering from respiratory conditions should be kept out whenever possible and barns need to be well ventilated. Removing horses from stalls during mucking out and aisle sweeping is a good precautionary measure and blowers should never be used around stalls when horses are present.

Mycotoxins have long been known to negatively impact respiratory health causing irritation and allergy and are often thought of in the context of mold spores in hay. Soaking or steaming hay significantly reduces the risk of respired mycotoxins. Most owners are also aware of the importance of not feeding moldy hay (photo top left) or feed due to the potential to cause colic. However, you may not be as aware that molds result in mycotoxins. Just because you can’t see the mold does not mean that the toxic secondary metabolites are not there.

Much depends on the specific mycotoxin and the amount consumed which can vary depending on climatic conditions during growth and storage. Typically, mold and mycotoxins are highest in damp cool conditions as these lead to increased fungal growth. This is especially true for Fusarium molds and Aflatoxins that are found on grains in particular corn. If hay is baled with a moisture content of more than 15% it is more likely to develop molds leading to increased mycotoxin growth. In damp years feed is therefore more likely to contain toxins than when conditions are drier.

Consistent low level consumption of aflatoxins (200-300 parts per billion) for several weeks has been shown to cause liver damage in horses. Other clinical symptoms include anemia, anorexia, depression and jaundice. However, since clinical signs are not specific to mycotoxins and susceptibility is impacted by the horse’s age, weight and general health toxicities can be hard to diagnose.

Since it is impossible to detect mycotoxins with the naked eye lab testing of feed is required. Reputable feed companies will screen all incoming shipments of raw ingredients for mycotoxins rejecting any loads deemed to be too high. Many feed companies include mycotoxin binders in their products such as bentonite clay. Research in other species has shown that such ingredients bind and move toxins from the digestive tract. However, little research has been done in horses and not all mycotoxin binders are effective against all strains of mycotoxin. If you have concerns about your horses feed ask your feed manufacturer whether they test for mycotoxins and ask if they include a binder. Additionally, insure that hay is purchased from a reputable grower and has been properly cured.

Owners of broodmares may be familiar with the mycotoxins that result from an endophytic fungus that produces the mycotoxins responsible for Fescue toxicity and Claviceps, a genera of fungus that results in Ergotism. The mycotoxins associated with both Fescue toxicity and Ergotism are well known for causing dystocia in mares and late term deaths of foals. Mares suffering from Fescue toxicity often have extended gestations of 11 to 12 months, little to no milk supply and low colostrum, thick edematous placentas, “red bag” where the placenta separates prematurely and if foals are born alive they often suffer from aspiration pneumonia due to difficulties getting out of the thickened placenta. In recent years endophyte free varieties of fescue have been developed for horse use. Brood mare owners should not feed fescue to pregnant mares unless use of endophyte free seed can be guarantee.  See our article on Feeding the Pregnant Broodmare.

Like the mites in my National Geographic article, endotoxins and mycotoxins may be too small to see. However, it is worth remembering the risks they pose to your horse and taking measures to reduce your horse’s contact with them. By always taking measures to stabilize the digestive tract environment, feeding good quality hay and feed from reputable feed companies and hay growers and inspecting feeds for mold before feeding them you can greatly reduce the risk these toxins pose to your horse.

Dr. Clair Thunes PhD takes the guesswork out of feeding horses by helping horse owners create personalized diet plans optimized for health and performance. As an independent equine nutritionist and owner of Summit Equine Nutrition LLC an equine nutrition consulting company she has clients across North America including breeders and performance horse owners. She is available for personal consultations either by phone, email or in person. You can find her online at her website www.summit-equine.com or on Facebook by searching for SummitEquineNutrition.