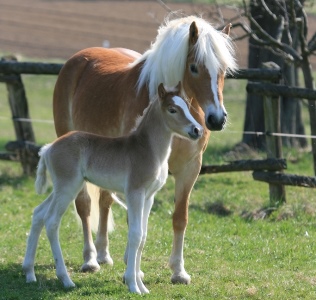 There have been many changes in how we produce foals from our broodmares in the past few decades: cooled semen, frozen semen, embryo transfer, frozen embryos, etc. One procedure that has gained popularity is deep horn insemination. This refers to placing the semen deep in the uterine horn, close to the opening of the oviduct (uterotubal junction, UTJ) on the side of ovulation instead of depositing it in the uterine body. This is typically done using a flexible pipette that can be guided to the tip of the horn with the other hand in the rectum. The end of the pipette and the tip of the uterine horn can both be felt using this method.

Typically, mares are inseminated with fairly large numbers of progressively motile sperm, either 500 million fresh or 1000 million cooled, into the body of the uterus about two inches in front of the cervix. Sperm are then transported to the oviduct by uterine contractions. However, it has been shown that only a few thousand sperm make it into the oviduct after insemination. This knowledge prompted studies to determine if lower sperm numbers could be used for insemination if the sperm were placed on the UTJ instead of in the uterine body. 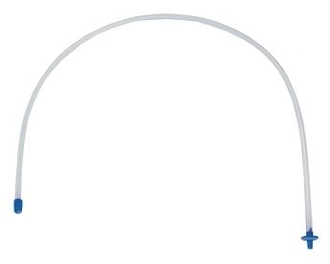 This was initially done with a flexible endoscope but later flexible pipettes (photo right; Equine IUI Pipette from Minitube) were made available. Thus, deep horn insemination could be done much easier and cheaper. With this knowledge it has become quite common for veterinarians to breed mares with frozen semen using deep horn insemination. This practice has been driven by the demand to use less than a full dose of frozen, thawed sperm to breed mares because of the cost or scarcity of the semen available from some stallions. 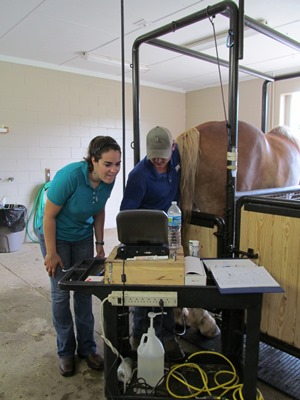 In summary, whether one uses deep horn insemination or deposits the semen in the uterine body, the process of insemination used is dependent upon the type of mare (normal versus problem), dose of semen (available sperm numbers), volume of the inseminate (any volume greater that 1-2 ml is likely to drain away from the UTJ) and the competency of the inseminator (deep horn AI requires skill and practice. It is also usually performed by a veterinarian).

What Exactly is a Dose of Frozen Semen?

Not All Frozen Semen is Created Equally