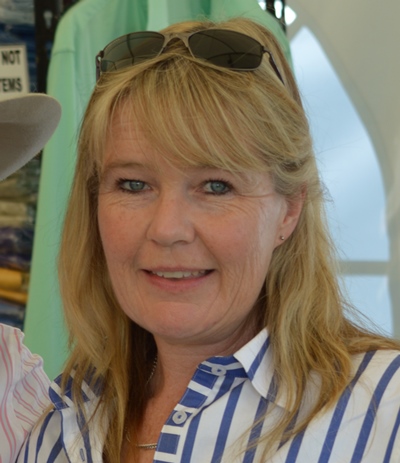 Born and raised in Pretoria, South Africa, Leann Newton is one of five children. At a young age she watched her three older siblings participate in pony club. However, just as her interest in horses grew her father sold the horses and all the gear. When she asked him why he sold them she remembers him saying, “you too will grow out of horses, it is just a passing phase.” However, it wasn’t a passing phase for Leann…it was her life’s passion which has taken her all over the world.

Leann collected every horse book she could and began taking riding lessons. In high school she acquired a rescue Thoroughbred gelding off the track which was in very poor condition. After getting him fit she competed on him in dressage. She also had the opportunity to exercise polocrosse horses in South Africa. Now, Leann, her daughter (Kaylie), her son (Cyle), and his wife (Ellen) own the Australian Stock Horse stallion, Gamberlee Jaguar (photo middle right; Dogwood Comet x Roseridge Indianna). Together they breed Australian Stock Horses for campdrafting, showing, challenges and polocrosse. Cyle and Kaylie compete in campdrafting and both have represented Victoria at the Nationals in polocrosse, Cyle once and Kaylie three times.

Her first real horse job was a complete accident. She was asked to “farm sit” at a Thoroughbred Stud in Colesburg, South Africa while the owner went on vacation. Unfortunately, the owner ended up in the hospital with complications from kidney stones so Leann offered to stay to help out over the breeding season and ended up staying for three years. 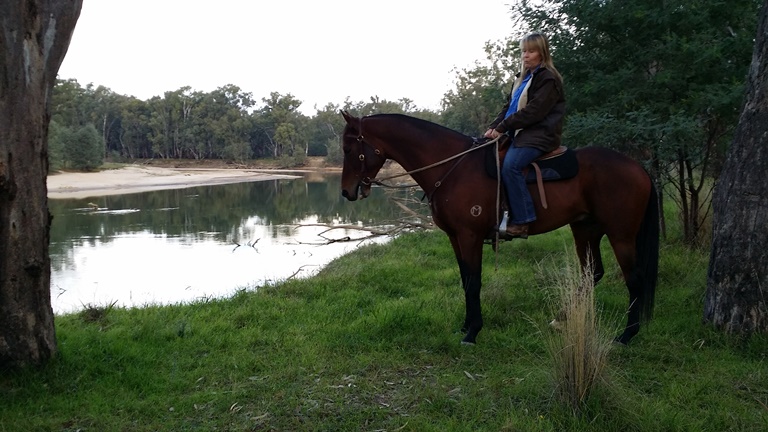 At the end of those three years she moved on to manage a stud farm for Ormond Farraris (racehorse trainer) and then on to the East Coast of South Africa to Mooi River where she managed another Thoroughbred Stud. After Mooi River Leann traveled to Ireland to work at Rathbarry Stud and then went to work for Sir Andrew Lloyd Webber (Phantom of the Opera) at Watership Down Stud in the United Kingdom (UK). Her family didn’t care much for the weather in the UK so she moved everyone to Blue Gum Farm in Victoria, Australia where she stayed for four years and is where she met Dr. Angus McKinnon of Goulburn Valley Equine Hospital (GVEH). Dr. McKinnon thought enough of Leann to ask if she would be interested in the position of Reproduction Manager at GVEH where she has now been for eight years. 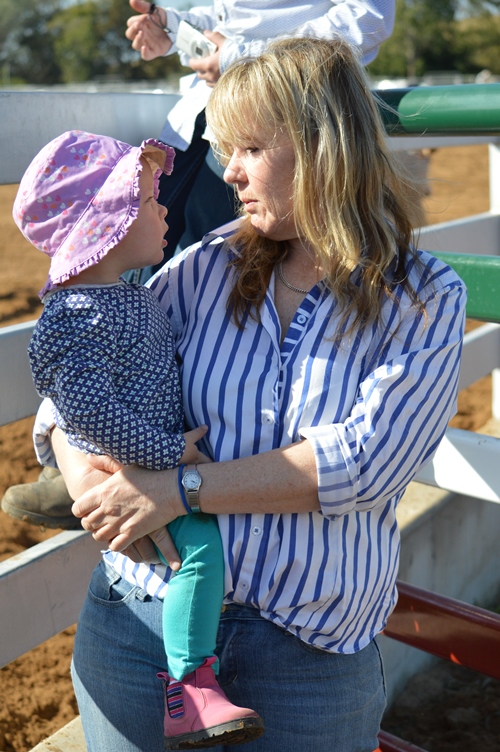 Prior to working at GVEH Leann’s experience with equine reproduction was limited to live cover. She had only worked with the Thoroughbred breed which does not allow artificial insemination (AI) whether with fresh, cooled or frozen semen. However, she had learned plenty about AI from books she read and what she didn’t already know Dr. McKinnon was more than willing to teach her.

“The SBS side of the job really interests me and I enjoy talking to the clients and working with the stallions. I also enjoy freezing semen to ship all over the world. It’s a sense of accomplishment.”

When asked what she likes to do in her spare time Leann jokingly said, “What spare time?” In those rare instances when she isn’t working with horses whether at home or at work Leann likes to read or spend time with her “non-horsey” daughter, Kirsty. They like to bake and decorate made to order cakes which Kirsty does from her home while she takes care of Leann’s 2 year old granddaughter, Shyla (photo left). If she has vacation time Leann likes to travel to either the UK to see her sister or to South Africa to visit family and friends.