Master Snapper Returns to Italy for 2016 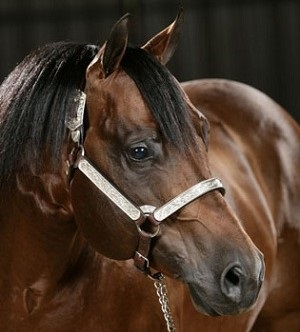 Master Snapper (pictured left) has returned to Italy for the 2016 breeding season after having spent the past nine breeding seasons in the United States. When asked why he decided to bring him back to Italy, Mr. Robert Cuoghi the owner of Master Snapper, said, “After he spent his entire breeding carrier in the USA, I want to enjoy his presence at my farm and to make him more easily available for the European Breeders.” Which is why he will stand at Mr. Cuoghi’s breeding farm in Vignola, Italy.

Master Snapper (Snapper Cal Bar x Colonel Mistress) is the only reining horse bred, raised and trained in Europe to have won the NRHA Open Derby. He did so in 2006 with a score of 232 and with the first woman, Kelly Zweifel, to ever win a NRHA Derby. Prior to his arrival in the United States, Master Snapper competed in all major Italian and European reining events where he was undefeated. After winning the Open Derby he could boast to being undefeated on two continents.

After this incredible success, Mr. Cuoghi decided to have Master Snapper remain in the United States to begin his reproductive career. Nevertheless, he also wanted to have a chance to raise Master Snapper foals at his breeding farm in Italy. Therefore, Mr. Cuoghi decided to have Select Breeders Southwest (SBSW) in Aubrey, TX collect, process, and store his frozen semen. After freezing, many doses were shipped to SBS Italia for Mr. Cuoghi’s use on his mares as well as those owned by others in Europe. In fact, up to last season many mares belonging to Cuoghi Quarter Horse were successfully inseminated with his frozen semen in Italy by the veterinarians of SBS Italia. Mr. Cuoghi said, 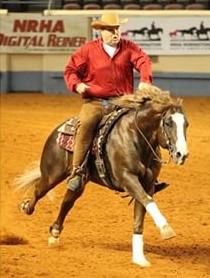 “SBS made it very easy for us. They took care of all of the export and import processes as well as inseminating many of my mares for the last few years. This allowed me to leave Master Snapper in the USA while producing foals on both continents.”

Currently, Master Snapper is ranked 7th as a Junior Stallion in the AQHA. To be considered a Junior Stallion, he has to rank among the top 100 in reining and have had five or fewer foal crops in the show pen. Though Master Snapper did not breed a large number of mares compared to other reining sires, he did produce some of notable mention. They include: Snap Dun The Bases (photo right; out of a Smart Chic Olena granddaughter) who has LTE of more than $78K and was the Reserve Champion at the 2015 NRHA Open Derby with a score of 223, Puregold Master (out of a Hollywood Dun It) the earner of more than $20K in prizes mares, Master del Cielo (out of a Gallo Del Cielo mare) the 2014 NCRHA Open Futurity Co-Champion, Midnite Master (out of Spirit in Snapple) who was the 2014 non-pro reserve champion at the European Derby, Arc Snap Decision (out of a Hollywood Dun It granddaughter) who placed in the top 10 at both the Non-Pro Futurity and Tulsa Classic Futurities, and Redd Snapper (out of a Lil Ruf Peppy mare) who was a finalist in the 2015 NRHA Futurity. 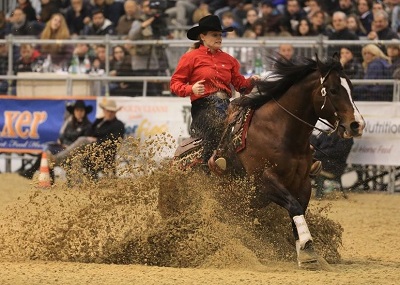 Mr. Cuoghi went on to say, “As a breeder I have always looked for horses of good conformation and attitude, easily trainable, rideable and athletic and over the last few years Master Snapper helped me to achieve this goal.”

This breeding season Cuoghi Quarter Horses will also stand a son of Master Snapper, Dunnit Like a Master (photo left; Master Snapper out of a Hollywood Dun It mare). He will begin his breeding career after successfully showing in both US and European show arenas. He has LTE of nearly $32K, was 6th at the NRHA Futurity Ltd Open in the US and the European Derby Open Level 3 Champion in 2014 as well as the 2015 co-champion of the Open NRHA “Rome Shoot In”.