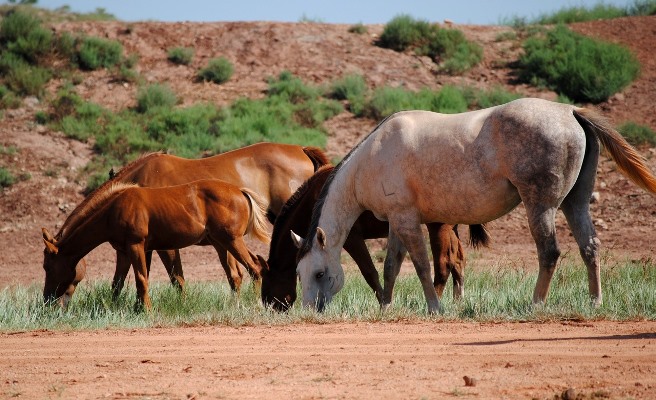 The American Quarter Horse Association (AQHA) has approved a new rule regarding the use of semen, embryos and oocytes which DOES NOT affect horses born PRIOR to 2015. This new rule only affects the semen, embryos or oocytes of those Quarter Horses born in 2015 or after. The new rule is that sperm, embryos, and oocytes from foals born in 2015 or after can only be used for two calendar years following that horse’s death or sterilization.

Why the rule change? The AQHA believes the new rule will result in more responsible breeding practices by their members and will also allow for broadening of the Quarter Horse gene pool. However, only time and future research studies will truly determine whether this rule change will have any effect on the gene pool.

The new rule has caused quite a buzz and raised several questions from those who own and breed Quarter Horses. We thought we would take a few moments to address a few of those questions and attempt to alleviate some concerns for those who may have frozen semen or embryos currently in storage or semen/embryos they intend to have frozen in the future. Though these questions are primarily focused toward situations regarding frozen semen, the questions below also apply to such situations which may include embryos and oocytes.

Q. I have several doses of frozen semen in storage from my Quarter Horse stallion. Unfortunately, he passed away in the beginning of 2015. Can I continue to use his frozen semen indefinitely now that he is deceased?

YES, the frozen semen you had processed prior to his death and currently have in storage may be used indefinitely regardless of when he passed away, as long as he was born prior to 2015.

Q. My stallion was born prior to 2015. I intend to freeze his semen this year and store it for future use. Am I allowed to use his frozen semen indefinitely after his death?

YES,this would be a great time to freeze since the new rule does not place any restrictions on the use of frozen semen processed from stallions born prior to 2015. You may continue to freeze semen as long as he is alive and use that frozen semen indefinitely after he is gelded or passes away.

Q. My Quarter Horse colt was born in 2014. As he is only a yearling, I do not intend to freeze semen from him for a few more years. Can I freeze semen when he is three years old, geld him and then continue to use the semen indefinitely once he is gelded and after he passes away?

YES, as long as he was born in 2014 or before, you may freeze semen from him and continue to use his semen indefinitely after he is castrated and/or passes away.

Whether your stallion is 20 years old or you have a yearling filly in the pasture this new rule does not affect any plans you have for the future breeding of your Quarter Horse. As mentioned, the questions above are only a few we considered but they also pertain to any embryos or oocytes for such mares as well. Should you have additional questions about the sperm, embryos or oocytes you currently have in storage with SBS please don’t hesitate to contact us (info@SelectBreeders.com) or your local SBS Affiliate Laboratory.