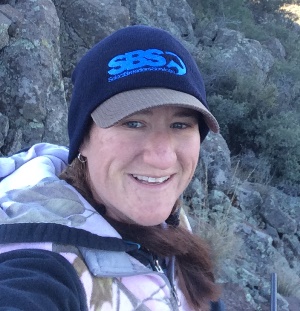 Rachel Weese has been working alongside Dr. Jerry Longworth since 2004. Born and raised in Phoenix, AZ she can’t think of a time when she didn’t love horses. When she was nine years old her brother, who has autism, began riding horses as a form of therapy. Rachel began volunteering with the program which was the first time she was able to actually be around the animals she loved so much. Her love for horses continued and she began competing in barrel racing, poles, goat tying, team penning and started roping anything that walked.

After high school, Rachel attended Arizona State University where she received her Bachelor of Science degree in Agricultural Business in 2003. At the time of graduation she was working for a construction company as a material acquisition manager. She realized such a job was not for her so she called Dr. Longworth to ask if she could ride along with him for a day to see what veterinary care was all about. The next day she was offered a job and her eyes were opened to the world of equine reproduction. Rachel said,

"If not for Dr. Longworth, I would have never even considered working with horses as a possible career option. Through the years I have been able to work with many mares, foals and stallions. However, I began to love working with the stallions more and more. I enjoy working on problem stallions, phantom training, and freezing semen.”

Scottsdale Equine Reproduction Center (SERC) was constructed in the Fall of 2009 when Dr. Longworth realized there was a need for a top of the line facility to meet the reproduction needs of the area. Then in 2013, Rachel and Dr. Longworth discussed the possibility of SERC becoming an SBS Affiliate Lab. She said, “The option of joining a company who is known for being the industry leader in equine frozen semen seemed like a no brainer. So now I am in charge of all of the frozen semen processing done by our facility.” 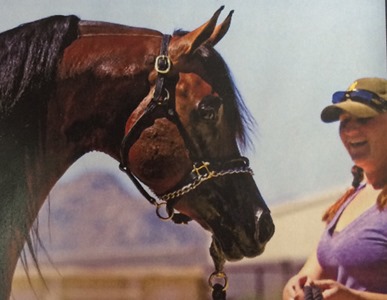 Along with this responsibility she also serves as Dr. Longworth’s technician and travels with him to various farms during the breeding season and throughout the year. She said, “All of this keeps me very busy and makes for some long hours so in my spare time I of course like to catch up on my sleep.”

Rachel (pictured right with Khash PGA) decided she needed to get away from the hustle and bustle of the city life in Phoenix and get closer to the horses so she now resides in Scottsdale, Arizona. She isn’t currently competing but does enjoy the occasional trail ride through the scenic deserts surrounding Scottsdale. When she isn’t working or catching up on her sleep Rachel enjoys hunting, wine tasting, cooking and hanging out with friends and family. However, most of all she enjoys walking out into the barn at the end of a long, hard day and looking at the foals that she helped to create. For Rachel, life is good and she wouldn’t change a thing!