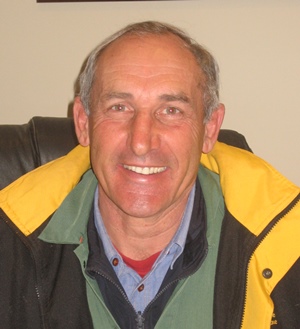 Tamworth Equine Veterinary Centre is a three vet practice located in Tamworth, New South Wales which is halfway between Brisbane and Sydney, Australia. Situated on 30 acres on the highly fertile river flats it is in close proximity to the town centre and conveniently located across from the new Australia Equine and Livestock Centre. The region is in the center of the country’s burgeoning Quarter Horse industry and also has a strong population of Australian Stock Horses which participate in the uniquely Australian sport of Campdrafting.

In addition to providing general and referral veterinary services to the immediate and surrounding areas the practice also offers semen freezing and artificial breeding services. In recent years, the practice has seen an increase in the proportion of mares being bred with frozen semen rather than chilled shipped semen and therefore forms a large proportion of their reproductive case load. Dr. Stuart Keller (photo left) serves as the director of the practice and has been practicing veterinary medicine for over 30 years. He is also an honorary veterinarian for the National Cutting Horse Association and the Australian Quarter Horse Association as well as a member of both the American Association of Equine Practitioners and Equine Veterinarians of Australia.

Tamworth Equine Veterinary Centre functions not only as a stallion station during the breeding season but also provides semen freezing services year-round to a wide variety of breeds. The facility is AQIS-approved which means stallions are able to be quarantined on-site to enable semen collection and freezing for international export. The practice also acts as a distribution and storage centre for stallion semen and holds frozen semen from over 100 stallions in their storage facility. They regularly ship frozen semen around the country and internationally. Tamworth Equine Veterinary Centre’s affiliation with SBS allows it to use the standardized freezing protocols and participate in the company’s quality assurance program, enabling the production of a consistent, high quality product.