The Passing of A Legend - Dash Ta Fame 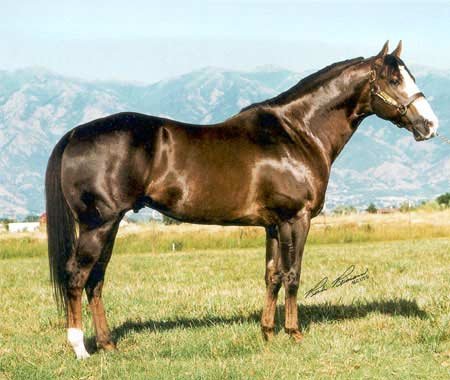 The racing and barrel racing industries lost a legend. Dash Ta Fame passed away on July 13, 2011 at the age of 22. He was owned by Bob Burt and stood the 2010-2011 breeding seasons at SMART Ranches in California under the supervision of Dr. Bill Swyers.

Dash Ta Fame is a legendary sire who will be missed by not only the Burts but those who appreciated his abilities and those of his offspring. Select Breeders Southwest, Inc. is honored to have had the opportunity to work with this wonderful stallion.