Posted by SBS in Focus on our Breeders 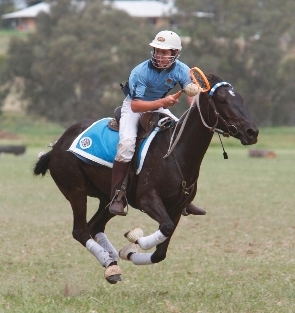 Berragoon ASH Stud was established in 1974 on the Riverina Plains in southern New South Wales, Australia. In 1984 the stud relocated to Holbrook, in the South West Slopes area of NSW. Managed by Sara & Charlie Grills and Debbie Mills, the stud encompasses more than just their own breeding program of Australian Stock horses, they also have an on site reproduction facility for mare management and embryo transfer services and run a commercial herd of 300 Angus cattle. 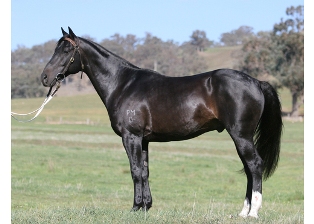 Traditionally, the Australian Stock Horse breed has been mainly used for Campdrafting, which is an Australian cow sport. Quickly the horses became sort after for many other disciplines, including Polocrosse, Polo, Showing and Pony Club, mostly because of their temperament and athleticism. Sarah tells us,

“More recently our horses have been focused towards Polocrosse, mainly because this is the sport we play. We are aiming to breed a horse with temperament, ‘heart’, athleticism, speed, with the sound conformation and good looks to go with it”. 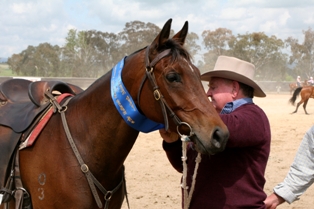 The pinnacle of Polocrosse in Australia is the National Championships, held only every second year. The mare, Berragoon Laney (above left), by Stonebrook Finno (above right) was awarded Champion Junior A.S.H at both the 2008 and 2010 Nationals. She has also won many other playing prizes. Another mare by Stonebrook Finno, Berragoon Lipstick (left), was awarded Champion U21 Men’s Pony at the 2011 Interstate Series. Beragoon Venus (below right) was awarded Supreme Youth Hack at the ASH National Championships in 2011. Banjo, a gelding by Stonebrook Finno exported to England, has won many pony prizes playing both Polo and Polocrosse, he recently represented Zambia at the Polocrosse World Cup in the U.K. 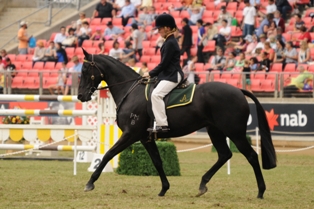 Berragoon Stud works with our SBS Affiliate Lab in Shepparton, Victoria - Goulburn Valley Equine Hospital. They use frozen semen for AI breeding of their stud mares and in their embryo transfer program.

“The primary motivation for us to have our stallion collected was as an insurance policy; however, we also wanted the ability to export his genetics to other countries, to hopefully produce quality Polocrosse horses abroad.SBS provides a quality service, allowing us to be confident in the frozen semen we use and sell”.