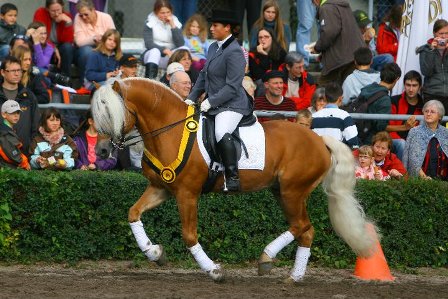 Readily recognized by their chestnut color and platinum mane and tail, the Haflinger stands out in a crowd. Although Haflingers are more than just a pretty face, they are great all around horses competitive in many disciplines. Our Featured Breeder this month is Haflingerhof Karlsbad, a distinguished breeder of Haflinger ponies in Germany. The Haflinger was developed in the Southern Tyrolean Mountains of present day Austria and northern Italy. Surefooted in the mountainous terrain and known for their hardiness, Tyrolean ponies were used for transportation and packing between the villages and farms of the region. The first official documentation of the present day Haflinger (named for the Tyrolean village of Hafling) was in 1874 when the foundation stallion 249 Folie was born of the half-Arabian stallion 133 El' Bedavi XXII crossed with a refined native Tyrolean mare. All Haflingers can trace their lineage back to Folie through one of seven bloodlines (A, B, M, N, S, ST, and W).

“Our goal is to keep the Haflinger as popular as possible and to show how "convenient" a Hafinger is. You can do everything with a Haflinger! Whether you want to ride western, dressage, jump or drive a carriage, you see the Haflinger in every division. Plus the Haflinger is a beautiful horse of outstanding character and sound health.” 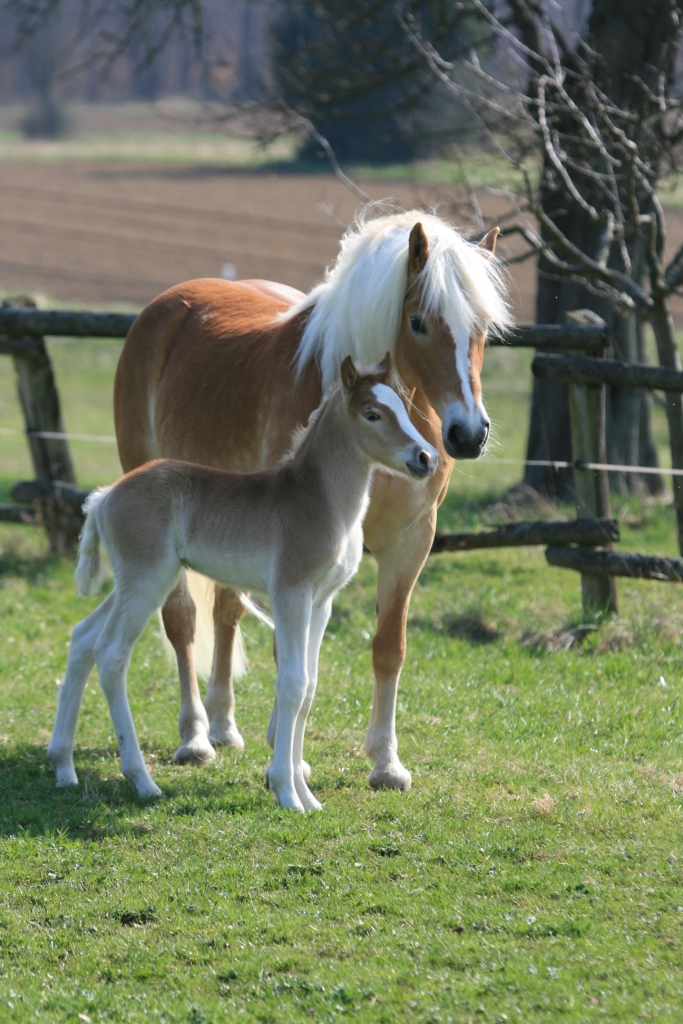 Haflingerhof Karlsbad was founded in 1964 by Volker Herrmann with the purchase of a Haflinger mare called Goldmaus. After breeding several foals from Goldmaus he purchased his first stallion in 1974. His son, Michael, brought the first Tyrolean mare, Annchi, to Haflingerhof Karlsbad and she produced many great offspring. Three inspected stallions and nearly all of her daughters were awarded "Staatsprämie". Great success came to the stud with the stallion, Mithras, who was Grand National Champion in 1993. He is one of the most famous stallions in Germany and has >30 inspected stallion sons all over the world. From here Haflingerhof Karlsbad went on to breed many more champions, including the stallions:

"We have been very pleased with the semen freezing and export services we’ve received from Nicole Oberstein at Equine Services. We ship our frozen semen to customers all over the world and are grateful for the opportunity to advertise our stallion on the Stallion Guide". 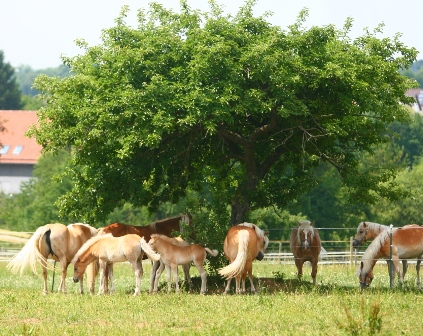 For more information on Haflingerhof Karlsbad, visit their website, www.haflingerhof-karlsbad.de