For the convenience of your Canadian breeders and in order to avoid shipping delays and additional expense, US stallion owners with SBS frozen semen should consider sending some frozen semen to our SBS Affiliate Laboratory in Ontario, Canada - Emerald Ridge Farm - for storage and distribution. Semen would then be immediately available to ship domestically to Canadian mare owners. To facilitate transfer, Select Breeders in Maryland and Texas will coordinate and combine the shipment of semen stored at their locations for transfer to Emerald Ridge, enabling participating semen owners to share the associated costs of the export shipment. Interested stallion owners should contact SBS-MD, SBSW or Emerald Ridge for more information by January 20th so we can gauge the level of interest and timing of shipment.. Emerald Ridge Farm, in Rockwood, Ontario has been the only Canadian affiliate lab of the SBS network since 2007. The farm, sitting on 134 acres of land, situated 10 kilometers outside of Guelph, Ontario, has been in operation since 1997. 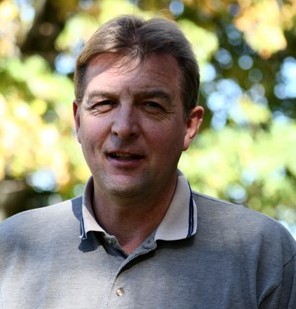 Dr. Patrick Meyers (photo right), a veterinarian specializing in equine reproduction and his wife Anna have transformed the farm into one of the main Standardbred Stud farms in Ontario. Along with the success of the Ontario Sires Stakes program the farm has had an opportunity to stand some of the best trotters and pacers in North America, including "Ken Warkentin", "Muscle Mass", “Grinfromeartoear", “Western Terror”, “I Am A Fool” and “Lis Mara”. A new trotter “Manofmanymissions” who competed in the 2011 Hambletonian is a new addition to the stallion roster for the 2012 breeding season. In the past 5 years many doses of frozen semen from trotters Ken Warkentin and Muscle Mass have been used to produce pregnancies in Europe, Australia and New Zealand. 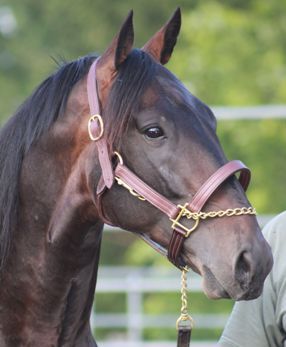 Emerald Ridge Farm has also stood a Quarter-horse stallion by the name of “Down Home Dash” for the last 4 years. The QH racing program in Ontario has become very popular over the last few years and as a result there has been an increased interest in breeding to QH racing stallions in the province. For the 2012 breeding season, in addition to standing Down Home Dash, Emerald Ridge Farm will also be standing three new QH racing stallions “Mezoomn”, “All About Speed”, and “Iced N Oak”.