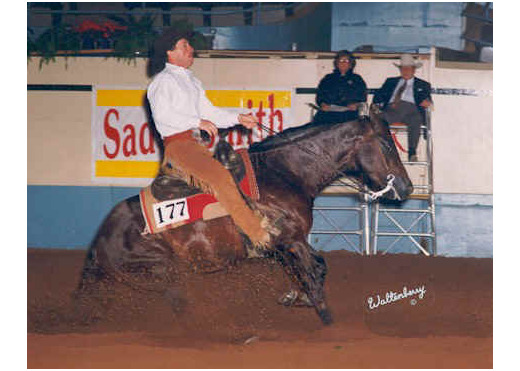 Custom Crome has proven to be a standout in the reining industry. This phenominal stallion won the 1993 NRHA Open Futurity and then went on to become an oustanding sire. Custom Crome has sired earners of over $2.4 Million as of 5/2011 and was inducted into the NRHA Hall of Fame.