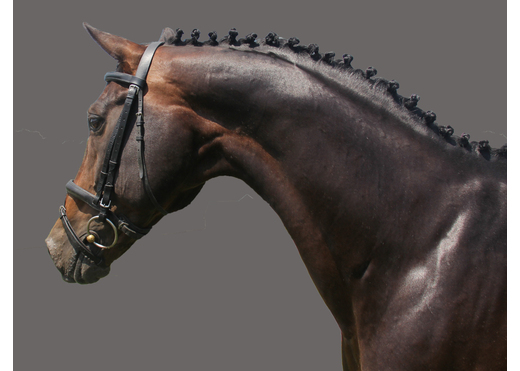 Regazzoni is by Rubinstein I out of the great Werther mare Wakonda.  His legendary sire has strongly influenced this era of sport horse breeding and passes on rideability, trainability and elegance.  Regazzoni's damsire, Werther, is equally influential.

Regazzoni is also a popular sire for auction horses. Revue Girl and Rittmeister both sold for top money at the PSI Auction in Muhlen.