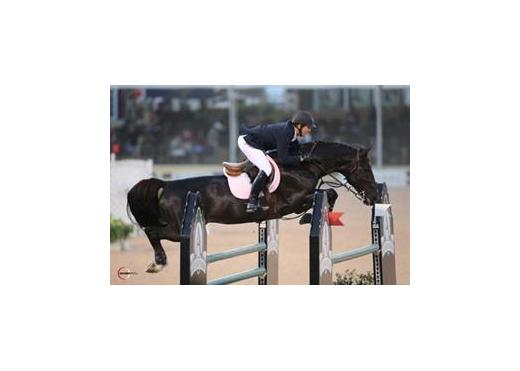 Super Trooper was purchased by Grant Road Partners in 2011 for their Grand Prix rider, Katie Dinan, who trains under Olympic rider, McLain Ward.

Super Trooper was born in Belgium out of an International jumping mare, Patroness. Patroness has also produced two other approved stallions both of which are already jumping internationally. His sire is the International jumping stallion, Vigo d'Arsouilles who was the 2008 Champion of Belgium and is currently competing with huge success on Nations Cups Teams with International Grand Prix wins including winning the 2010 World Equestrian Games in Lexington, KY with rider Philippe le Jeune.

In 2010 Super Trooper placed 3rd in the HOYS 7&8 Year Old Final and won the HOYS Grade C Championship and Surrey County Grade C, was 2nd Grade B Championship Hickstead Derby Meeting, 3rd Welsh Masters 7&8 Years and WON the Winter B and C Championship at Hickstead for a 2nd time (no horse has ever achieved this before)

Super Trooper de Ness has the ability, temperament and pedigree to make it to the very top level in show jumping and become an outstanding sire of quality competition horses. The following comment was noted in the Belgium press after becoming Champion of his grading 'good technique, good movement, powerful; A horse for the future'.

His first foals arrived in the UK in 2009 and have inherited his quality, good conformation and temperament. His results at stud have been excellent.