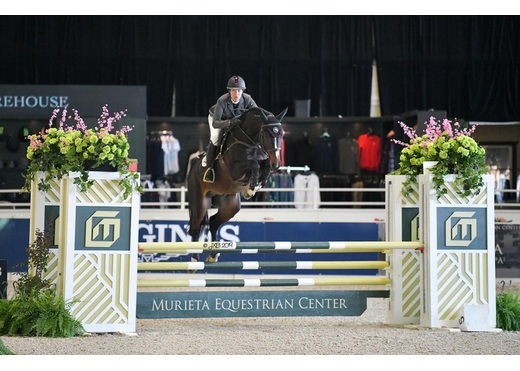 Success is an impressive young horse. Already very calm and mentally well balanced for his young age, he is showing a lot of aptitude under saddle and an eagerness to learn. With very smooth movements and a beautiful pace, he has been approved for several studbooks. He especially impresses in free jumping by his perfect knee movements and and his ability to clear any jump. That makes him a perfect candidate for jumping as well as hunter.

Success was imported in the US in 2018 and had been very successful during his 4 years old debut. Winning the Premier Equine 4 years old Championship during the World Cup week in Sacramento. He won all his classes and finished 3rd overall (with the 4, 5, 6 and 7 years old judged together)

In addition to his physical ability and mental stability,  his lineage is abundant with top-performing horses. His sire is Diabeau vd Heffinck, son of Clinton, finalist of the 5-yrs-old championship and CSI winner. Diabeau is also the sire of Ciabeau, Hermes vd Heisted, Cortino and other high end competitors. His Dam side is also very interesting, sporting top horses like Bellamy II and Calandra. Success is a real sweetheart and a great learner, as well as a hard worker. His potential leaves no doubts as to how good a horse he is set to become.