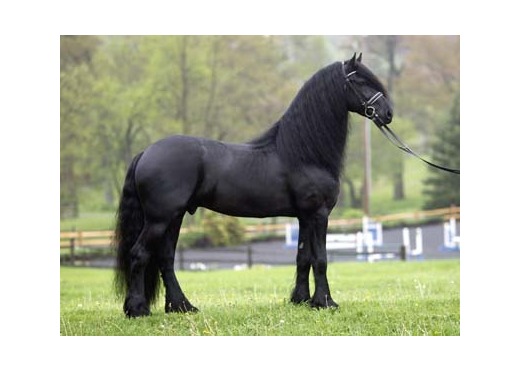 Since arriving at Iron Spring Farm, this impressive stallion has been an amazing example of what the Friesian breed is capable of.

In 2006, Teade was the Reserve Champion at Second Level at the USDF Region 1 Finals - scoring 67.64% and placed 4th in the CBLM Championships. Currently, Teade has been winning at 4th Level with scores over 66%.

Teade has been designated First Premie for six consecutive years and in 2007 he was awarded the Sport predicate in Dressage. His son, stallion Phantom of Noble, was awarded star and son Sylvester P was selected for stallion testing and Approved, entering the registry as Sipke 450 in 2009.

Teade 392 has a 2.93 breeding coefficient and is available for breeding via fresh semen to approved Friesian mares.