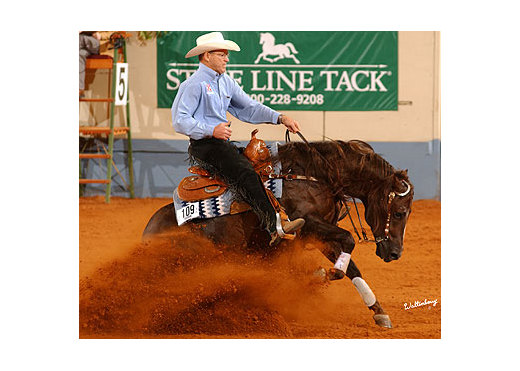 Custom Pistol is a powerhorse reining stallion with a proven show record and stellar pedigree. He is sired by NRHA $2 Million Sire and NRHA Open Futurity Champion, Custom Crome. The bottom side of his pedigree includes standouts such as Mr Gun Smoke, Rondo Leo, and Poco Bueno.