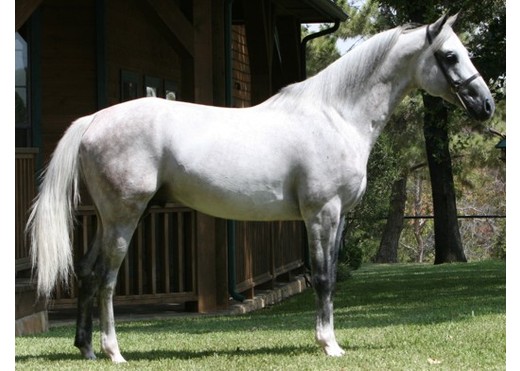 In 2005, Sudden Mischief ran off 9 straight wins in California, the kind of streak accomplished by only the toughest, most determined horses. That streak awarded him the 2005 Darley award for Older Horse as well as ARAC Horse of the Year. Among his races is a win in the ARAC Juvenile and a second in the prestigious Drinkers of the Wind Derby (G1). His first foals will arrive in 2007.

Sudden Mischief is by Racing Hall of Fame member and IAHA Racehorse of the Year, BY GOLLY, sire of outstanding runners such as OH BY GOSH ($179,831, Champion), TOP FLYTE (Champion), JOLLY BY GOLLY ($157,008) and S S MISBEHAVIN.

His dam is the winning Wiking daughter, Ms Benz. She has also produced MS JOLLY and is from the family of Polish Oaks winner, HARFA.