Where is there a market for my stallion’s frozen semen?

The countries which SBS exports the most frozen semen include the European Union, Australia, New Zealand, Brazil, Mexico and several countries within the Middle East. However, as long as SBS is provided with a copy of the current import regulations of a country it is possible for us to process and ship frozen semen anywhere in the world. When considering which countries to have your stallion’s semen qualify for it is best to research where your stallion’s breed or special discipline is already present or is on the rise. For instance, many doses of reining horse semen are exported to the European Union while those of many Arabian stallions are shipped to the Middle East and South America as well as the European Union.

The SBS Stallion Guide is a free advertising tool for SBS clients and their stallions. A stallion’s profile indicates whether a particular stallion has export qualified semen available and for what countries. SBS also has a list of US Quarter Horse stallions which are already available in Europe and Australia.

Can I send cooled semen to a foreign country or is frozen semen my only option?

Some countries do allow the entry of cooled semen. However, due to required testing, collection requirements, and the timing it takes to get semen on a plane/delivered in the foreign country it is more realistic to send frozen semen.

How do I find import regulations for a specific country?

Does my stallion have to be collected at a USDA approved facility? 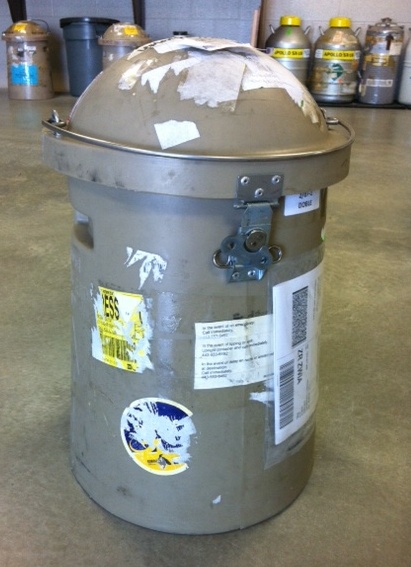 Yes, typically the semen collection facility must be USDA approved for export freezing. In the written import regulations requirements are usually stated as to where the stallion can be collected and the semen processed as well as whether the use of a mobile laboratory is allowed. The requirements will also state if a stallion has to remain resident at the collection facility for a period of time prior to or post collection or if he can be trailered in/out of the facility. All SBS Affiliate Laboratories are USDA approved for export freezing.

What type of testing is required in order for my stallion’s semen to meet export regulations?

Each country requires different testing be performed at different times in relation to either the collection date or the date of arrival/departure of the stallion at the collection facility. The most common tests required by most countries are CEM (Contagious Equine Metritis), EIA (Equine Infectious Anemia), EVA (Equine Viral Arteritis) and VS (Vesicular Stomatitis). It is very important to verify the types of tests which are acceptable for the importing country. For instance, some countries will allow a CELISA test for EIA while others will only accept an AGID. Also, the typical VS test is run at a lower dilution ratio than the 1:12 dilution ratio required by the European Union. If the wrong type of test for a particular disease is completed it is possible the receiving country will not allow entry of the semen.

How long after the semen is processed can it be shipped to a foreign country?

Each country is different in regards to how long they require semen remain at the collection facility prior to shipment. For example, if semen is processed for Australia it can be shipped immediately after collection as long as the testing and all requirements have been met. However, before sending semen to the European Union it must remain at the USDA storage facility for 30 days before it can be shipped to a member country of the European Union

What type of products can be used for the collection of semen, in the semen extenders and for shipping the semen overseas?

Some countries will go as far as to detail what type of materials can be used for the collection of the semen such as new artificial vaginas, disposable liners or if the artificial vaginas can be used multiple times if properly cleaned and disinfected after each use. The regulations may also state the types of antibiotics, egg products, etc. may be used in the extenders used to process the semen. Others may require the semen be sent in new shipping containers or ones which have been disinfected with specific diluted materials.

How do I get frozen semen from the United States to a foreign country? 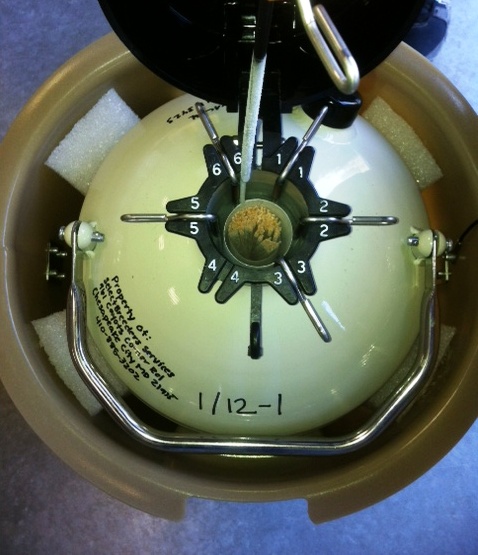 SBS has performed hundreds of successful export shipments over the past 25 years. To someone on the outside it may seem a very simple process. However, once others have attempted to delve into the realm of exporting semen they find themselves navigating difficult waters and contact SBS for assistance. SBS is well versed in working with foreign clients, foreign ministries of agriculture, and import agents to ensure each shipment arrives safely and without delay. As long as semen is processed and stored with SBS the shipment process for our clients is as easy as completing an authorization form to release the semen. All other aspects of the shipping process are handled directly by SBS. The client in the foreign country is asked to complete additional information forms and apply for an import permit if it is required by the importing country. Once all documents are complete the semen is shipped to the foreign country, cleared through customs by the importing client or their agent and then transferred into permanent storage. SBS has affiliate laboratories located in Europe and Australia which can store and distribute your stallion’s frozen semen just as it is done in the United States.

How long does it take for a shipment to arrive at a particular foreign facility once all of the documentation is received?

The time it takes for a shipment to arrive in a foreign country and be delivered to the importer varies greatly. A person should allow up to three weeks for the process to be complete. This time may vary depending on the amount of semen being shipped, the number of stallions in a particular shipment, and the number of documents being reviewed by the USDA at the time documents arrive in their office. SBS strives to get semen to its destination as quickly as possible but some parts of the process are beyond our control.

When considering who should collect, process and qualify your stallion’s semen for export it is best to use a reputable company such as SBS who is well versed in these aspects of the industry.