Posted by in Focus on Our Breeders 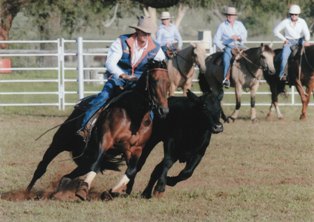 Michael Wilson of Willdraft Stud in Australia began breeding horses 30 years ago. He began by breeding a handful of mares which had proven themselves in the show pen. It didn’t take him long once he began his training operation to determine what mares produced offspring which were easy to train, willing to perform and of sound conformation. Once he figured that out he started breeding more mares and his breeding operation has continued to grow based on those criteria for his foals. He has won many major awards throughout the years but the ones he finds most rewarding are those he won on the horses he bred, raised and trained.