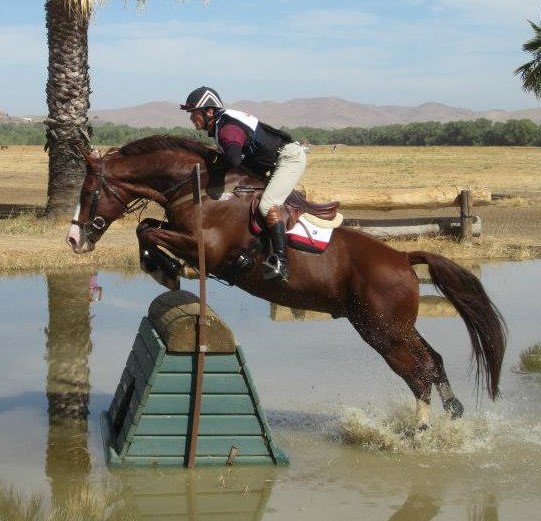 Connie Arthur, of Lone Tree Farm in Waterford, CA, began breeding horses over 40 years ago. Her first horses were Thoroughbreds (TB). Over the years, she has owned three TB stallions as well as a Dutch Warmblood stallion. After the death of her last TB, she had decided not to remain in the breeding business but one of her students approached her with the idea of purchasing an Irish Draught stallion.

They began their search for the “right” Irish Draught stallion in the United States with plans to travel to Ireland as well. However, their search ended in September 2006 before they had a chance to head overseas. Connie and her partner, Shirley Kahlert, found Bridon Beale Street (aka Liam; Mountain Pearl x Graceland Pride) in Virginia as a nearly unbroke stallion with virtually no experience. Their goals at that time were simple, they would ride and breed him and see how far he would progress.

Connie started Bridon Beale Street in Eventing. After about 90 days under saddle she decided to take him to the Fresno Horse Trials where he won the Beginner Novice division. After this success, they decided to move him up to Novice where he qualified for Championships. He then moved up again to compete in Training level. Within his first year of competing he qualified for Championships in all three divisions (Beginning Novice, Novice and Training). At the age of 12, he had successfully competed at Preliminary and moved into Intermediate.

In late 2012, Bridon Beale Street suffered a paddock injury. It was during his layoff that Connie and Shirley decided to only compete with him in Dressage rather than Eventing. In the past 5 years, he has come along well and is now competing at the Prix St. Georges level. Connie said, “You see, his type of horse can really do anything. I love him for his fabulous temperament and wonderful babies who have inherited his great work ethic. He loves to jump and so do they.”

His offspring are competing in many different disciplines including dressage, eventing at the Preliminary level and even US Pony Club events. Connie said, “One of his daughters piloted his young owner/trainer to her ‘B’ level of US Pony Club in 2016 and one of his sons took his owner/trainer to her ‘A’ level of US Pony Club as well in 2016 which is no easy feat! They received tremendous compliments from the US Pony Club national examiners. Bridon Beale Street has over 150 offspring on the ground and we meet owners everywhere we go who are also in love with his get.”

Bridon Beale Street has many accolades we could list but his greatest accomplishment was becoming the 2012 Irish Draught Champion in Eventing. He was also fortunate to participate in the 2010 World Games as an “Irish Ambassador” for the Irish Draught Horse Society. Connie said, “He has also shown off at Equine Affaire and Horse Expo (both in California) as well as doing his share of public relations by foxhunting, trail riding, going to the beach and lots of other venues where he sometimes has a fan club!” 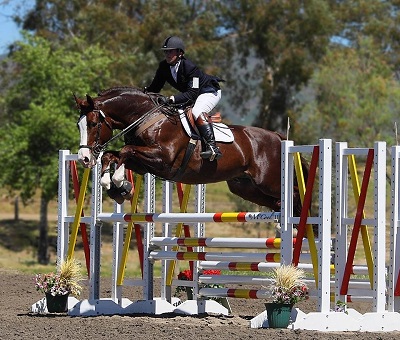 “I love having SBS take care of my frozen semen needs. I choose them because they are a highly visible, internationally known company. The convenience of not having to time ovulation, or potentially having to ship over the weekend or counter to counter is fantastic! I am worry-free. SBS takes care of it all.”


Connie, Shirley and Bridon Beale Street will continue to see where the future takes them as they progress through Prix St. Georges level. His legacy will continue through his offspring for many years to come.