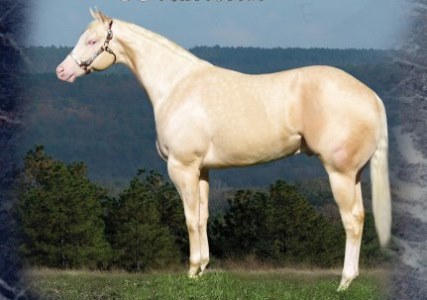 Dana Galliano is the proud owner of Circle C Farm in Covington, Louisiana. She has been in the equine breeding business for nearly 20 years but horses have been a part of her life since she was a little girl. As a youth she was consistently ranked in the top ten competing in AQHA running classes. Her love for the American Quarter Horse, as well as other breeds, has remained a part of her life and led her to owning the 2008 cremello stallion, Elvis White Diamond.

Elvis White Diamond (Pictured Left; Kids Gunfighter x JMK Its All Me) is the paternal grandson of the AQHA World Champion stallion Kids Classic Style and the maternal grandson of AQHA/PHBA World Champion stallion Mr Yella Fella. With his pedigree is it no wonder he is a World Conformation winner and was an AQHA World Show qualifier. He is double registered with the AQHA and the Pinto Horse Association (PtHA) and most of his foals can be triple registered with the AQHA, PtHA and the American Paint Horse Association (APHA).

Under the care and guidance of Joseph Trosclair, Elvis White Diamond, won several futurities and was Reserve Champion at the Dixie National and Go For the Gold along with many other show ring achievements. When asked about her most significant accomplishments Dana said, “Of course, it goes without saying, but our most significant accomplishment was the discovery of Elvis White Diamond as a baby, managing him through his show career and finally making him a success in the breeding shed.” 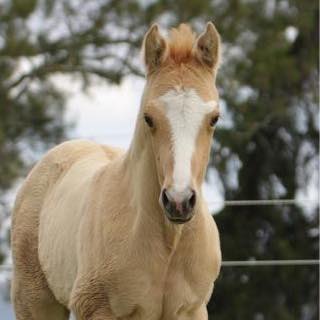 Some of the noticeable accomplishments of Elvis White Diamond’s offspring include point earning AQHA get, four futurity winners and a winner of an AQHA ROM. He has also sired multiple Palomino Horse Breeders Association (PHBA) World Champions and PtHA Reserve World Champions as well as other associations.

The goal of Circle C Farm is to produce correct, balanced, pretty horses with an accent on color. The tagline of their farm fits that goal, “Home of the Cremellos.” Dana went on to say, “We focus on dual registries and dual purposes for these horses making sure to the best of our ability that each one has a purpose and a job whether it be halter, performance, trail, ranch and/or coming back full circle as a broodmare and/or breeding horses.”

Dana was constantly being asked to market and make frozen semen from Elvis White Diamond available in Australia because of his success in the United States. That is when she decided to contact Select Breeders Southwest (SBSW) in Aubrey, TX to inquire about their services. Dana said,

“Without SBS we would not have had the opportunities we have now with frozen semen both for domestic and international use. My husband and I both believe taking Elvis White Diamond to SBS was the best decision we could make and the stallion care at their facility is magnificent.” 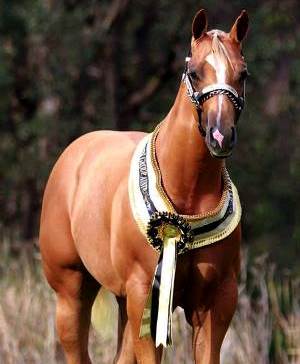 As a result of that decision his frozen semen has been exported to Australia for the past several breeding seasons and now there are several Elvis White Diamond foals down under. A few of them include a filly named Kaleesha (photo left) owned by Jackie and Kylie Hardwicke, a palomino colt owned by Maria Frazier (photo middle right), and a palomino filly owned by Ted Curtis.

The are many advantages to storing frozen semen from a stallion. When we asked Dana what she felt the advantages were for her breeding program she said, “The advantages of course are obvious. The storage is indefinite and it can be shipped just about anywhere in the world. Also, in facing a setback of any kind concerning your stallion and/or the acts of nature, the availability is there if and when needed. I’m glad we made the decision to send him to SBSW and we would do it again!”