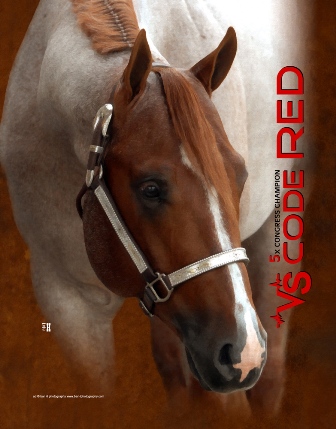 When Debbie and James Glover began in the horse industry it was raising race horses. Their focus soon changed to the world of Western Pleasure riding when they purchased the 2002 AQHA World Champion Western Pleasure mare, Vital Signs Are Good, for their daughter Kristen. Vitals Signs Are Good is a daughter of the famed Zippos Mr Good Bar and granddaughter of the infamous Zippo Pine Bar. The partnership between Kristen and Vital Signs Are Good dominated the AQHA World Show and the Congress. They amassed a total of 9 AQHA World Championships and 27 Congress Championships in Western Pleasure and Western Riding at both the Amateur and Open levels during their career together.

Kristen and her parents had the foresight to also breed Vital Signs Are Good for embryo transfer. This allowed them to continue showing while beginning her legacy as a broodmare. Vital Signs Are Good is the dam of the highest all-time money earning western pleasure stallion, Invest N Vital Signs, who was owned by the Glover family until his untimely passing in 2010. Invest N Vital Signs, by Vested Pine, was the first colt and only the second foal produced for the Glovers from Vital Signs Are Good. Included in his accolades is a Congress Championship in Western Pleasure as a 2 year old and a Reserve World Championship at the AQHA World Show as well as being the winner of the Reichert Celebration $250,000 class. 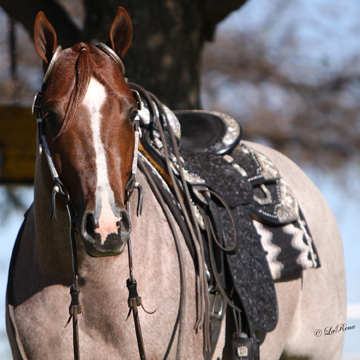 When the Glovers bred Vital Signs Are Good to the multiple AQHA World and Congress Champion stallion, Blazing Hot, they were in for a treat. The result of this breeding was the beautiful Red Roan stallion, VS Code Red. As a 2 year old he won the 2 Year Old Open, Limited Open and Non-Pro Western Pleasure futurities at the Congress with Kristen at the reins in all three classes. VS Code Red is trained by and stands at High Point Performance Horses in Pilot Point, TX with Charlie Cole and Jason Martin. As he continues his show career he has also been able to breed a full book of mares.

While at High Point Performance Horses the Glovers had the foresight to send him to Select Breeders Southwest in Aubrey, TX to process frozen semen for export to the European Union and Australia. 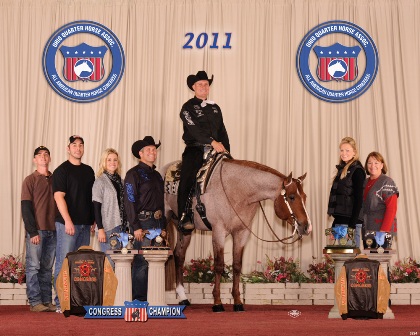 “We chose Select Breeders because of their expertise in the business of frozen semen. We knew they would obtain the best quality that our stallion could offer to breeders“

VS Code Red is already qualified for the 2012 AQHA World Show in Junior Western Riding and will return the AQHA Congress in Ohio this October. Although the Glovers made the tough decision to sell their beloved mare, Vital Signs Are Good, they will continue to work towards improving the Quarter Horse breed through their breeding program for many years to come.

To learn more about VS Code Red, visit his webpage.