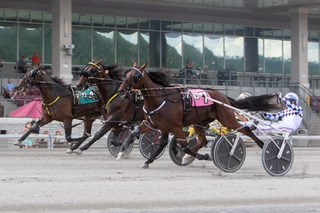 Adam Bowden, the owner of Diamond Creek Farm, is no stranger to the racetrack. His love for horses and harness racing began as a little boy when he grew up going to the racetrack in Maine with his father. His passion for racehorses continued through his college years when he spent time as an intern at Hanover Shoe Farms. It was during his time as an intern that his vision of becoming a major stallion operation, not only in the state of Pennsylvania but throughout the world, began to take shape. Diamond Creek Farm is well on its way to reaching this objective. Although they have only been breeding horses since 2006, they have already branched out into Ohio and hope to expand into New York, New Jersey and Ontario, Canada in the near future.

When asked what the overall goal of Diamond Creek Farm is, Mr. Bowden said, “Our goal is to have a breeding operation that focuses on influential bloodlines that produces quality horses both for the sales ring and the racetrack. We stand some of the top Standardbred stallions and wish to continue adding to our already impressive stallion roster in the coming years.” Their stallion lineup includes: 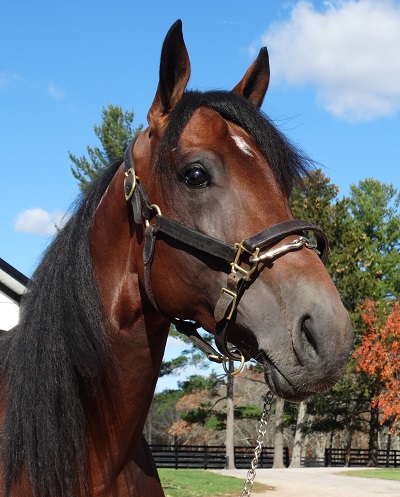 Creatine (Andover Hall x Berry Nice Muscles) was bred and raised by Diamond Creek Farm. He is one of their younger stallions whose first foal crop was born in 2018. Mr. Bowden said, “It is always a goal to have one of your foals turn into a spectacular race horse, then become a breeding stallion. For a smaller farm to accomplish that is something of which we are very proud. We are very excited about Creatine’s first foal crop that will hit the racetrack in 2019.”

Another famed product of their breeding program is A Rocknroll Dance (Rocknroll Hanover x Wichita Hanover). His first foal crop are racing three-year olds in 2018. He has faced tough competition as a sire but he is proving to be a great one. His son, Lost In Time (out of the mare Summer Mystery), was bred and raised by Diamond Creek Farm. He became the Dan Patch Award Winner as the 2yr old Male Pacer of the Year. Another son of A Rocknroll Dance is Proof (out of the mare Ginger and Fred). He is proving himself to be a very solid racehorse who won the Pennsylvania Sires Stakes Final for 2 yr old pacing colts.

Other notable offspring of their breeding program and/or stallions are:

Diamond Creek Farm utilizes Select Breeders Services (SBS) in Chesapeake City, MD to assist them in their international breeding program. Though a few of their stallions do shuttle to and from the Southern Hemisphere, several of them do not. Select Breeders Services processes the frozen semen from those stallions, qualifies it for export to various countries, prepares all of the documents and coordinates the shipment overseas so that it reaches its destination safely.

Their trotting stallions are popular in Europe as well. Frozen semen allows these stallions to remain in the United States while their semen is shipped oversees to fulfill the European breeding contracts. Mr. Bowden said, “In 2018, we sent Sweet Lou’s (a pacer) frozen semen to Ireland which was very exciting for the UK and they were quite successful breeding to him. We look forward to sending Always B Miki’s (also a pacer) frozen semen to Ireland as well. It will be great to see those foals be born and compete overseas.”

We asked Mr. Bowden why he has chosen SBS to assist his stallions in making a global impact on the racing industry. He said,

“We are very fortunate that the SBS mobile lab comes to Diamond Creek so that we are able to freeze our stallions at home. It is a great advantage to have the stallions in their own environment and on their regular routine. Also, SBS is a great worldwide organization with high quality standards who will do their best to get the best result from each stallion. They are a wealth of knowledge and are always willing to help us.”

Your chances of seeing offspring from Diamond Creek Farm racing to win and break world records will increase as they continue to expand their reach within the Standardbred racing and breeding industries.