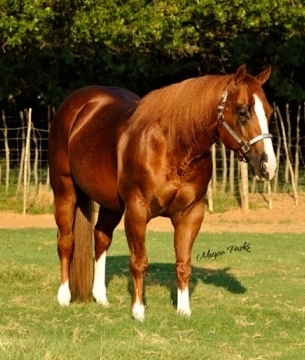 Nestled on 250 acres in Lake Panasoffkee, FL sits S.E. Montgomery’s Flying M Ranch. Montgomery has been active in the cutting horse industry since the mid 1980’s after he attended his first cutting horse show. The rest as they say is history. Growing up in Cookeville, TN Montgomery’s family had working horses but his heart for horses had to be shared by his passion for golf. At the age of 20 his trucking industry moved him to Florida where he has resided ever since. For over 30 years he has owned and showed cutting horses, taking only a brief hiatus from the cutting industry in order to follow his other love…golf. Upon his return to the cutting world he decided it was time to take things seriously and knew in order to succeed he needed to begin breeding the top cutting horses in the world.

One of his many great horses was the 1985 mare Badger San Doc (Peppy San Badger x Docs Loblolly). She herself earned over $187K in the show pen and her offspring have earned more than $560K. She produced three futurity finalists in two years and is one of only two mares to have two offspring competing in the same NCHA Open Futurity Finals. 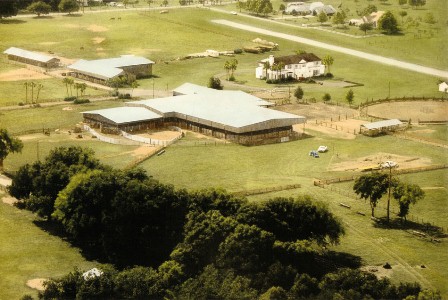 Badger San Doc is also the dam of Montgomery’s famed stallion, Smart Sugar Badger (son of Smart Little Lena). Smart Sugar Badger was born in 1998. He was a finalist in the 2001 NCHA Futurity along with Montgomery’s other stallion San Tule Freckles (Freckles Playboy x San Tule Lu) who won the futurity title that year. In 1999 there were three horses owned by Montgomery which qualified for the finals.

Smart Sugar Badger is ranked among the top 10 all-time leading sires of cutting horses. A great sire who earned over $178K in the cutting pen during his show career. His 53 performers have already earned almost two million dollars. Montgomery chose carefully when deciding where to stand his prized stallion as well as have his semen processed for freezing. He came to the conclusion that Peterson and Smith Equine Reproduction Center, an SBS Affiliate Laboratory in Ocala, FL was the place for him to be. When asked why he chose this SBS Affiliate Laboratory he said, “…because of the genuine care by the people who work there.” 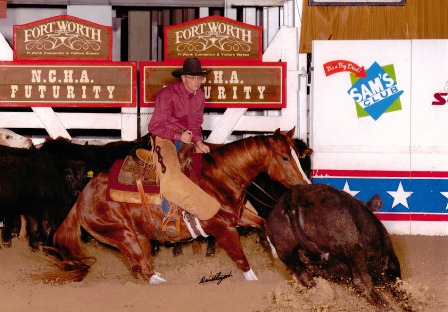 His relationship with Dr. Phil Matthews and Jose Madera has since continued for the past 10 years. Throughout this time Smart Sugar Badger’s semen has been frozen for use within the United States and Australia. Due to the trust Montgomery had in SBS he chose Tamworth Equine Veterinary Hospital in Tamworth, NSW (an SBS Affiliate Laboratory) to store and distribute Smart Sugar Badger’s frozen semen in Australia.

The legacy of this great stallion and Flying M Ranch will live on for years to come due to the foresight Montgomery has to increase the quality of cutting horses throughout the world.