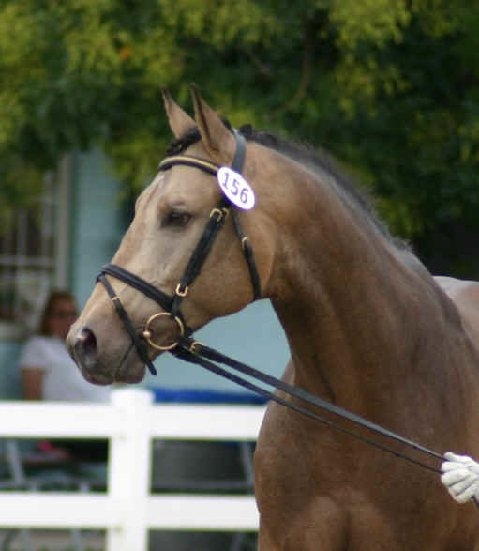 A tragic accident serves as a reminder of the benefits of frozen semen. Many of you may already know that in August 2010, a promising young stallion, Good as Gold, owned by Lauren Efford of Goldhope Farm in Coatesville, PA, was humanely euthanized after suffering from a tragic pasture accident. Good as Gold was a product of Goldhope Farm’s breeding program and they had great hopes and expectations for him as a breeding stallion and performance horse. As a 3 year old in 2009, Good as Gold received his provisional breeding license with the Oldenburg Registry of North America. Next stop would be the Advanced Stallion Test in October of 2010 held at Majestic Farm in Batavia, OH, during which he would be evaluated for basic gaits as well as participate in the discipline specific test for dressage stallions in hopes of receiving his lifetime breeding certificate. Sadly, he never made it. 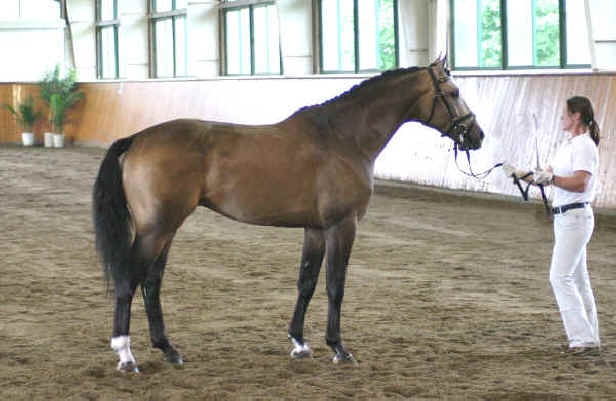 The loss of any horse is devastating and is especially so with a young horse with a bright future. However, there is a silver lining for Goldhope Farm as they will still be able to pass on their beloved stallion’s genetics by breeding with his frozen semen. Good as Gold was sent to SBS in Maryland just following receipt of his provisional breeding license. The initial purpose for the frozen semen was to “get some foals on the ground without any collections or  breeding to disrupt his under saddle training for his stallion performance test”, said Lauren. The frozen semen proved invaluable with the arrival of his first foal in 2010 and three foals are expected in 2011. Although Good as Gold will be always missed, Lauren is grateful to have his frozen semen so they can continue with their breeding plans in 2011.