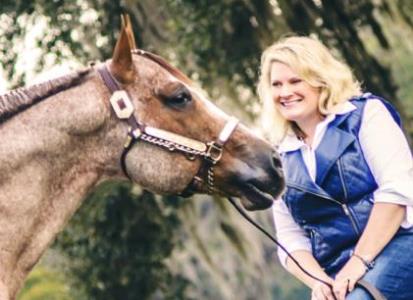 In 1995, Kerry Bradac was married and living in Marmarth, North Dakota. She was showing horses but because she lived in such a rural area she thought the idea of raising a few show prospects each year would be a lot of fun. There were three foals in her first foal crop. Of those first three foals one was a Congress Champion, the second was a Congress Finalist and the third was a Futurity Champion. Thus, what began as a hobby to keep her busy in her spare time has become a life’s passion.

One of those first three foals born in 1998 was her AQHA stallion, Hot Diggity Joe (Blazing Hot x Jodie Fivette). They did not rush him into the show ring but waited until he was three to begin showing him. He was an AQHA point earner in his first show. When he was a four year old he was winning in open and amateur hunter under saddle classes and earned many Circuit Championships. He also acquired Canadian National Championship titles that year. He earned points and/or was a Circuit Champion at nearly every show he went to with the exception of only one and that’s because he developed an abscess.

In 2013, Kerry purchased the AQHA stallion, Open For Suggestion (Pictured above with Kerry; Open Range x Fancy China). She had been thinking of purchasing a western stallion to expand her program but was looking for a yearling. She said, “I had gone over to Shirley Roth's to look at one she had. 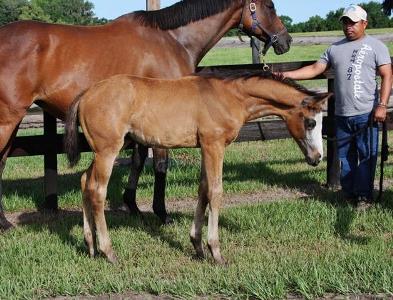 I didn't get past the stall where 6 year old Open For Suggestion (affectionately known as Hugh) stood. She pulled him out and he was one of the most outstanding individuals I'd seen. We then went and looked at yearlings and weanlings by him, and I KNEW I had to own him! He was everything I wanted in a stallion and was stamping his foals with those qualities that made him so special.” He has other foal crops on the ground which include Abbrakadabra (pictured bottom right) who was a Top 5 at the All American Quarter Horse Congress in 2015, but the first foal crop from Open For Suggestion for Bradac Ranch will enter the show pen this upcoming year in longe line classes. They will be shown at all major futurities and Congress.

The goal of her breeding program is to put the best possible foal on the ground. She said, “By best, I am striving for the total package. I want a foal that is sound, has great conformation, is pretty and a great mover! We want foals that can be successful on a national level. As a breeder, there is no better feeling than to see foals by your stallions doing well at the All American Quarter Horse Congress and AQHA World Shows! It’s a combination of both great genetics and luck when you get one to that level.” Horses they have bred have won numerous accolades including the All American Quarter Horse Congress, the NSBA World Show, the Reichert Celebration, the Canadian Nationals, the IBHA World Show, the ABRA World Show, the Color Breed Congress. Foals from their program have done very well on National and Regional Levels. 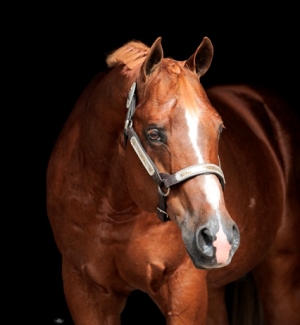 Both Hot Diggity Joe (pictured left) and Open For Suggestion will be collected at Peterson and Smith Equine Reproduction Center (PSERC), an SBS Affiliate Laboratory, for cooled semen shipments during the 2016 breeding season. Open For Suggestion will remain at PSERC throughout the season. Whereas Kerry’s older stallion, Hot Diggity Joe, will remain at home but be trailered to PSERC when collections are needed. When asked why she chose PSERC Kerry said,

“That’s easy…reputation! They do a great job with my stallion from handling him to every day care making sure he is fit, healthy and happy! Equally, if not more important, they do a wonderful job working with our Mare Owners. From start to finish, they are efficient and make the process very safe. They know, understand and appreciate stallion psychology and take the time to treat the stallions as an individual.”

PSERC has also processed frozen semen from both of these stallions for the United States and Canada. As Kerry said, “The number one advantage for using frozen semen in Canada is cost for our customers. Shipping cooled semen across the border is very expensive for our customers due to all extra fees incurred with using a courier to get the semen to the federal vet to complete the paperwork. However, with frozen semen we can send a tank up Canada and it is waiting for the mares when they cycle.” 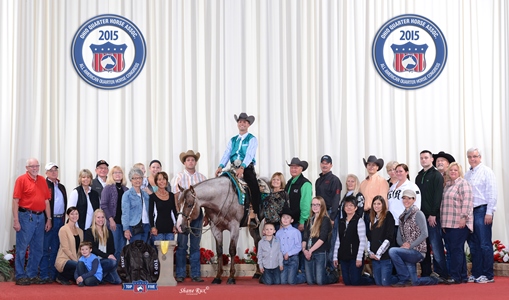 The frozen semen in storage at PSERC is also used as a “backup” because they are able to provide cooled semen shipments as long as the stallions are not away competing, in training, or have more requests than cooled semen available. They also send bulk shipments of several doses of frozen semen to clinics which are breeding several mares owned by their customers. Kerry mentioned, “It has come in very handy on holidays, Weekends and those few days that we have more orders than cooled semen available! Another advantage is PEACE OF MIND. I know if something were to happen to my stallions, we have frozen banked. I plan on freezing more semen from my stallion over the next couple of years.”