The Fell Pony is a working breed of mountain and moorland pony originally bred on the fell farms of Cumbria, in the old counties of Cumberland and Westmorland in Northwest England. The Fell pony is noted for hardiness, agility, strength and surefootedness that enables them to live and thrive in the tough conditions and climate of the Lakeland fells. The Fell Pony was originally used for light agriculture and as a packhorse for the transportation of farm goods. Being good, fast walkers, they would often travel up to 240 miles a week. Early in the registry it was noted that 50% of the ponies were brown but they are now predominantly black with some being brown, bay or grey. They stand an average of 13.2 hands, with an upper limit of 14hds. Though they may be relatively short they are powerfully-built and strong enough to carry both adults and children.

Today these extremely versatile ponies participate in many different disciplines including endurance races, dressage, combined and carriage driving, hunter/jumpers plus many more. They are also a favorite of The Royal Family. Her Majesty Queen Elizabeth II still rides a Fell Pony for pleasure just as she did when she was a little girl. At the age of 91, her husband, HRH Prince Philip the Duke of Edinburgh, also drives a 4-in-hand of Her Majesty’s Fell Ponies. The Fells can be seen pony trekking and deer stalking at Her Majesty’s estate in Scotland, Balmoral Castle. 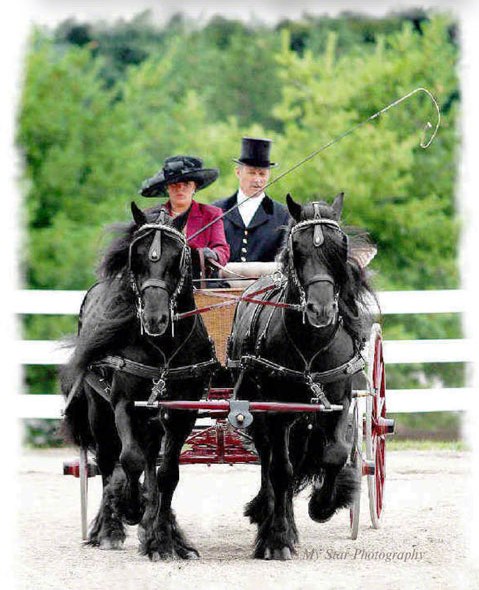 Mary Jean Gould-Earley, MD and Edward Earley, DVM are the proud owners of Laurel Highland Farm in Cogan Station, Pennsylvania. It was fate when they met in 1995 when Mary Jean purchased her first Friesian. At the time there were only a few thousand Friesians in North America. Both were actively involved with breeding their Friesians, which were also successfully shown in-hand, under saddle, and in harness. In 1998, Mary Jean Gould-Earley bought her first Fell Pony. The purpose of purchasing the pony was for children, even though they did not have any. It was a joke in their family that “The pony wants a kid for Christmas!” Although she was accustomed to riding much larger horses it wasn’t until Mary Jean decided to ride the pony that she realized what a truly great breed the Fell Pony is. She describes the breed as “stunning, strong and sensible, with beautiful movement, kind temperaments and a general affinity towards people.”

At the time she purchased their first Fell Pony there were only 20 Fells in North America. After discovering the fun and versatility of riding her pony she and Dr. Earley decided it was a shame more people weren’t aware of the breed. Thus, their breeding program evolved with carefully selected imports designed to lay a great foundation for the Fell Pony in North America which included a variety of bloodlines having correct type, movement and temperament. One can see Laurel Highland Fell Ponies in breeding programs throughout the world, as well as in harness and under saddle. 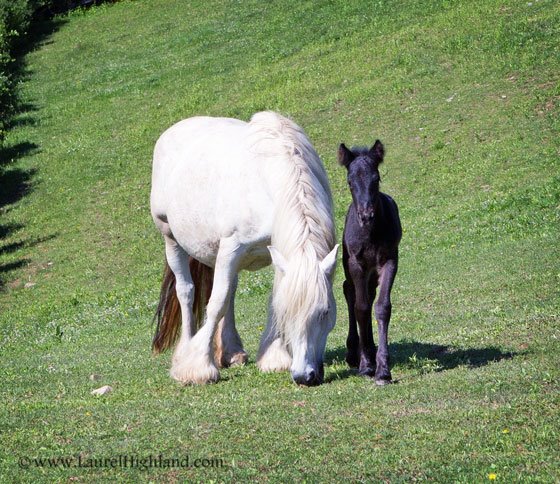 Since the inception of their breeding program all those years ago there are now approximately 400 Fells in North America which includes over 100 Laurel Highland Fell Ponies bred and now living across the USA and Canada, as well as back in England. Mary Jean is a co-founder of the Fell Pony Society of North America, Inc. where she now serves as Chairman and is the only American member of the Fell Pony Society (UK) Judges Panel.

The Fell Pony stallions of Laurel Highland Farm and Equine Services, LLC include Waverhead Model IV, Brackenbank’s Romany Prince and Laurelhighland Union Jack. Waverhead Model IV was imported from the UK in 2000. He has been trained in dressage and harness and has won the coveted Concours d’Elegance more than once.

Laurel Highland Farm and Equine Services, LLC has relied upon SBS for their Friesian and Fell Pony stallion services since 2001. They previously offered cooled semen collected at their farm but over the years found the frozen semen so reliable that they decided not to offer cooled semen anymore. Mary Jean says,

“There was no need for the hassle of cooled semen since the frozen semen was just as good, if not better! There are no worries, we know the quality of the semen ahead of time and we know we don’t have to interrupt our stallions’ training schedules or other routines to make collections.”

They have successfully bred mares with frozen semen shipments in the US, Canada and to England. They also have semen collected and processed by SBS from Waverhead Model IV stored at the Rare Breeds Survival Trust (UK) ReGENEration Bank. Frozen semen from all Laurel Highland Farm stallions is eligible for export to the European Union. When asked why Select Breeders Mary Jean replies,

“The SBS Protocol is fairly simple for the mare owners’ veterinarians to follow and the quality of the service couldn’t be better. Having SBS affiliate labs worldwide also offers great convenience for export.” 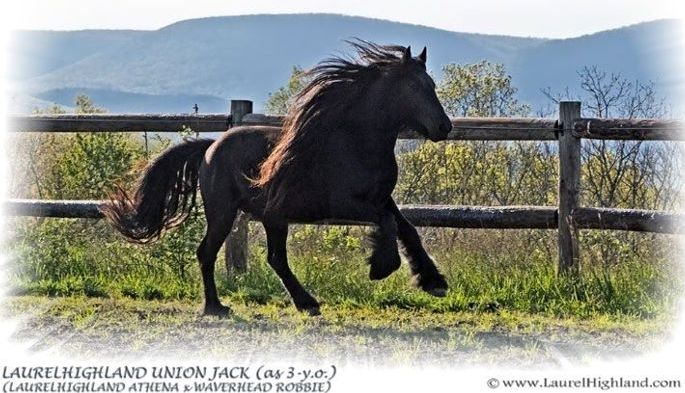