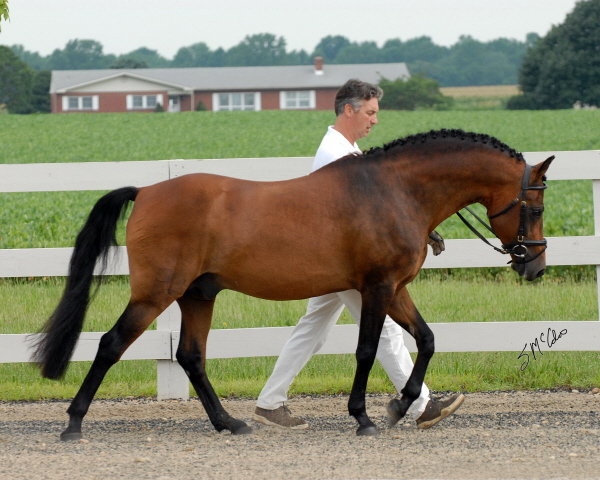 Lesley Feakins, owner of Trevelyan Farm, grew up in the United Kingdom before moving with her husband and family to the United States in 1989. Then, in 1996, they moved to a beautiful farm among the rolling hills of Lancaster County in Pennsylvania. The farm began with an active riding lesson program, summer riding camps for children and some breeding with a few Thoroughbreds and warmbloods. It wasn’t long before they began to focus entirely on breeding and phased out the lesson program in early 2000.

Lesley began breeding horses while she was still living in the UK. However, she admitted that in her younger years her breeding decisions were led more by her heart than by her head. However, that all changed when she began breeding horses at Trevelyan Farm. The goal of their breeding program is to produce both warmblood horses and sport ponies that are athletic enough to jump yet have the movement for dressage. They must also have the temperament and rideability for the active amateur riders. Lesley said, “Our horses have mainly gone to dressage riders, while our sport ponies have done well in dressage, jumping and eventing.”

In 1999, they decided to begin breeding sport ponies. It was during this period that they added two Dutch New Forest Pony stallions to their breeding program. One of those stallions was Wicked Courtjester (photo top left; Oleander x Wicked Vinnie Baby) which they imported from Holland. He already had an established show career in jumping and dressage before arriving in the United States. His offspring have also made their presence known in several disciplines throughout the years. 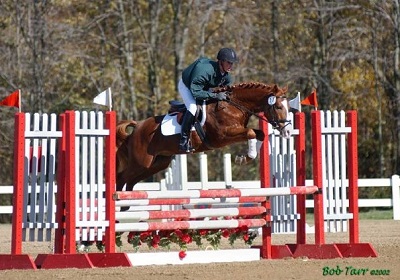 The other Dutch Forest Pony stallion they imported was Forrest Flame (photo above right; Carlo x Anja). He competed through the levels at Regional championships to Fourth Level and to date is the highest scoring pony to have passed the Stallion Testing and the only pony stallion to have earned his three stars in the ISR/Oldenburg Registry Award Program. He had been sold and was gelded so he could be an FEI schoolmaster for his current young rider. Unfortunately, he passed away a few years ago. 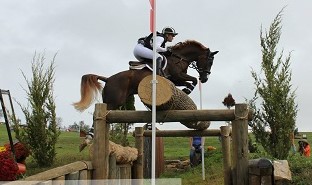 However, Lesley had the foresight to have SBS freeze his semen prior to his being gelded so they could continue to produce offspring for years to come. Many of Forrest Flame’s offspring have brought the Feakins’ great joy and reason to be proud but there is one that has exceeded all of their expectations, Forrest Nymph (photo left; Forrest Flame x Hoppenhof’s Silvia). Fondly referred to as the ‘super eventing pony’ Lesley said, “She is a freak of nature, competing alongside the big horses over fences she can barely see over and making it all look so easy. She is absolutely breathtaking with her golden tail flying high when you see her sailing over these jumps. It’s like she has wings.”

Trevelyan Farm has been successful in achieving the goals of their breeding program. They have had a high percentage of Premium and First Premium High scoring foals as well as Champion Foals with their breed registries. Their offspring have also been winners at Dressage at Devon Breed Show, Grand Foal Champion in 2015 with KWPN filly Kouture (photo below right; Florianus x Ampere), and Grand Champion Filly in 2014 Great American Insurance Group/USDF East Coast Series Final with Glamour Girl (Ampere x Varus). Lesley said, “The one thing I am grateful for is the clients who have purchased horses and ponies from me, many of which are on their second and sometimes third from our breeding program, and who share with me updates on a regular basis. Nothing lifts my spirits higher than opening an email from someone who has one of our horses or ponies to tell me of their latest success or simply to tell me how much they love them.”

Lesley has been using the services provided by Select Breeders Services (SBS) in Chesapeake City, MD from the very start. They began by collecting and freezing semen from Wicked Courtjester and then they trained their younger stallion, Forrest Flame, to the phantom as a three-year-old and began freezing his semen as well. SBS also managed the cooled semen programs for both stallions. She said, 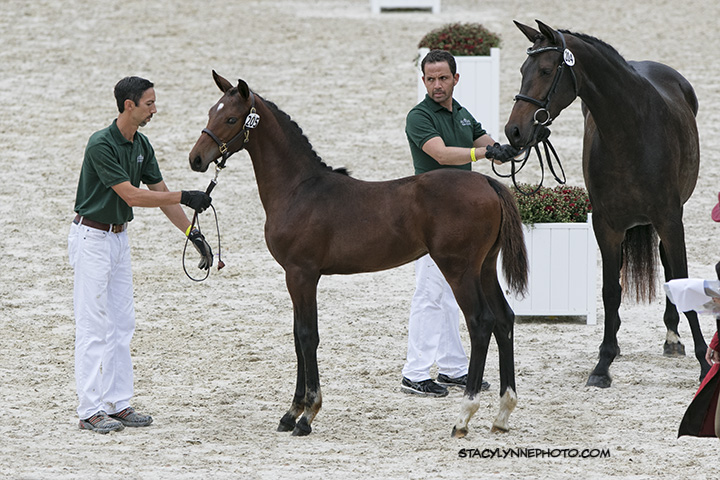 “We are very fortunate to have SBS close by with the knowledge, expertise and quality control they offer. Certainly, when we were shipping cooled semen from both of the pony stallions at the height of their most popular period, SBS was there to guide us through with the shipments traveling all over the country and to Canada.”

The frozen semen processed and stored for both stallions by SBS many years ago is allowing Trevelyan Farm to continue to produce offspring from these two prominent pony stallions. Wicked Courtjester, now 28 years old, has retired from the breeding shed and is only available for breeding using frozen semen. The same is true for Forrest Flame due to the fact he is now a gelding.

Whether it’s a big warmblood or a smaller sport pony, Trevelyan Farm is continuing to make their mark in the dressage arena, over fences and through the eventing courses not only in the United States but throughout the world.