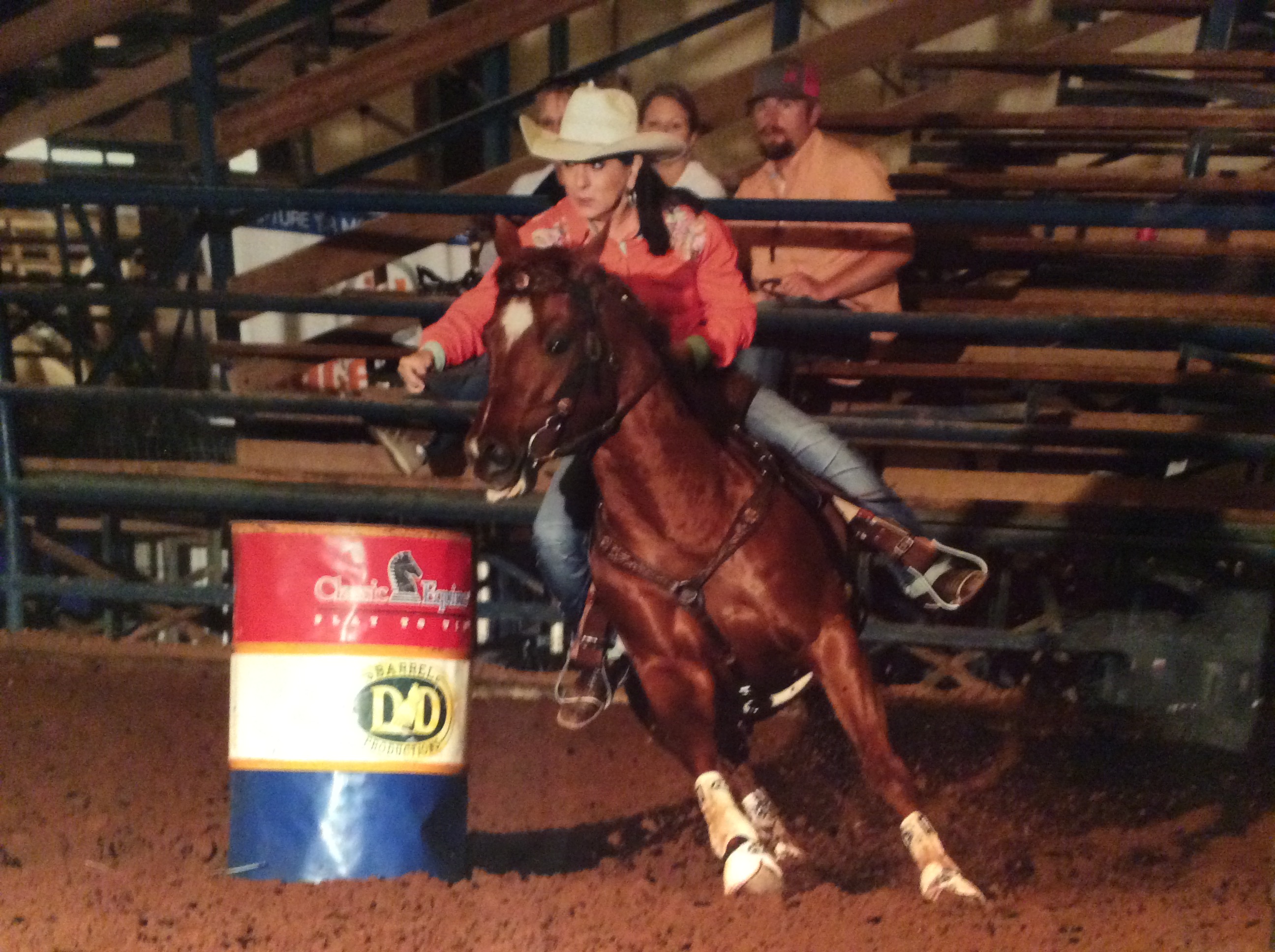 In 2014, Martha Reeves was in search of a new horse for her to compete with in barrel racing competitions. Her good friend, barrel horse trainer Ryann Pedone, called to say she had found a horse she thought would be a good match for Martha. However, when Ryann mentioned it was a stallion Martha’s immediate response was, “I don’t want a stud!” Ryann explained to Martha that he was a sweet horse, had never been in the breeding shed and acted more like a gelding than a stallion. Though she was hesitant, Martha decided to give him a chance. Martha said, “I’m so glad I tried him as he is a great barrel racing horse. He was gentle, quiet and easy to ride.”

No Pressure On Me (photo left; Leo Nick Bar x SX Frenchmans Vanilla) is the 2006 Quarter Horse stallion who became a part of Martha’s life in September 2014. In the beginning, Jack and Martha decided to haul him for a few months to gauge his behavior. If he acted too much like a stallion in the trailer or at the arena they would geld him. However, he proved to be good minded and was a true gentleman so the decision was made to leave him a stallion and begin breeding a few mares in 2015. Martha said, “With his pedigree and talent in the arena he has won over $100,000. My fifth run on him was at the 2014 WPRA World Finals Permit Race in Waco, TX where we ended up the 2014 WPRA World Permit Champions. This is when the phone started ringing with inquiries about breeding to him. The more wins I had on him, the more phone calls I would get!” 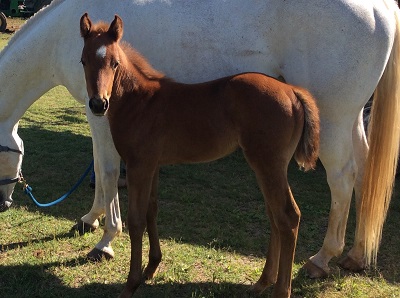 Though they never intended to be in the business of owning a stallion and breeding horses they have whole heartedly accepted this new responsibility. The goal of their breeding program is to produce outstanding barrel horse prospects and champions. The majority of the mares they bred to No Pressure On Me during his first breeding season were producing and/or winning futurity and rodeo mares.  Two of his 2016 foals are a filly out of Whippersnappersnorty (photo right) and a colt out of Ladt Tod JR (photo below).  Since Martha still takes No Pressure On Me to rodeos they decided to begin freezing his semen in order for it to be available when they are on the road.

“Dr. Ritthaler explained the freezing process to us, the benefits of using SBS and assured us it was a safe way to not only have frozen semen available now but to also preserve his genetics for the future. We are learning as we go with the help of Dr. Justin Ritthaler and his staff at WEBC. I can't say enough good things about their staff, they are so knowledgeable and always willing to answer my questions. Dr. Ritthaler is a great vet and explains everything to me. I highly recommend WEBC.”

When Martha and Jack aren’t on the rodeo circuit you’ll likely find them either at their home on 122 acres in Weatherford, TX which they share with their horses or at their ranch in Parker County, TX where they keep their Corriente cattle. Though horses have been a part of their lives for years they still have things to learn about the breeding industry. Dr. Ritthaler and the staff of WEBC will be there each step of the way to help guide them on this adventure. Martha will continue to have frozen semen processed from No Pressure On Me and looks forward to the continued interest mare owners have in her stallion. She said, “A special thank you to all the mare owners who have bred to No Pressure On Me. The future is going to be exciting! And Thank you to SBS for being the best at what you do and preserving No Pressure On Me’s future.”