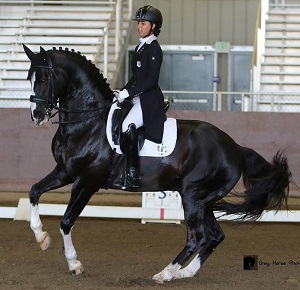 Greengate Farm, established nearly 30 years ago by Warren and Rachel Ehrlich, is nestled in the peaceful farming community of New Braintree, Massachusetts. The farm consists of two facilities, a 15-acre main farm and an additional 45-acre facility used for grazing and layup. Their breeding program began after Rachel was in a car accident that ended her ability to compete in the sport of combined driving. It was during this time that she became interested in researching the bloodlines of warmbloods. Now, Greengate Farm is focused exclusively on the breeding and sales of premium quality warmblood sport horses.

After the accident, Rachel set about the task to help make decisions about breeding a few mares donated to her university and originally bred by Hanoverian Gate Farm. She was drawn into the idea of breeding her own horses and became fascinated with bloodlines while doing her research as well as speaking with past owners. She began attending keurings for the Hanoverian, Dutch and Oldenburg breeds. It was during this time that she also met Verne Batchelder and went off to Germany many times to learn about and begin her collection of mares for Greengate Farm.

This journey eventually led her to Hilltop Farm in Colora, MD where she met Scott and Suzanne Hassler. As her passion grew, she knew she had settled on a new career in breeding horses. Now, Greengate farms stands two warmblood breeding stallions that excel in the disciplines of dressage and jumping. “Greengate horses are bred through a family effort as a labor of love. Our farm is home to a select group of Elite and SPS Hanoverian mares and young stock bred both from our own stallions and the use of imported frozen semen. Our horses are carefully raised, handled regularly, and shown by our team through the backing/starting process. We hope each day that we find the right trainer/rider for these horses so that they can shine and reach their entire God given potential. For this, we seek to partner with like-minded individuals in the USA who put the thoughtful care and training of the horses first.” 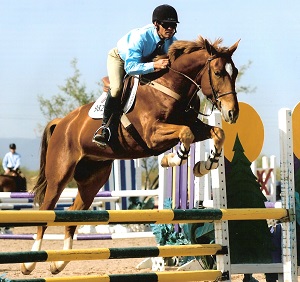 When we asked Rachel what the goal of their breeding program is she said, “To produce sound, athletic, sporthorses and Hanoverian breeding stock for the USA market.” The passion they have for this goal is evident in the many accomplishments garnered by their horses over nearly three decades. They were given the honor of being the USEF Breeder of the Year in 2004 as well as USDF Reserve Breeder of the Year in 2006 and 2009. Greengate has also been on the “Top 10” list for both DSHB and Dressage Riding offspring numerous times. This year they are #7 for Production of Dressage Horses under saddle among the top breeders of the USA, two of which reached final approval with the American Hanoverian Society. They have also been the USDF Reserve Champion DSHB Breeder of the Year and most recently placed third in 2015.

However, their proudest accomplishment is having produced five licensed stallions for the USA. They are Donarlicht ggf (Deniro/Hohenstein), DonarWeiss ggf (photo top left; Deniro/Hohenstein), Cadbury ggf (photo bottom left; Contendro/Gepard 1), Sternlicht ggf (Soliman de Hus/Rascalino) and Donar Song ggf (DonarWeiss ggf/Rascalino). Rachel said, “Several of these stallions have been raised and shown by us to Grand Prix Level, two are from our eight generation Premium Mare line. Our hunter stallion, Cadbury ggf, has competed in the ribbons as high as the Washington International Level with Maria Rose Bishop Shannon.”

The offspring produced through the breeding program at Greengate Farm have achieved many accomplishments as well. The most notable are for the offspring of Werbellin (photo above right; Weltmeyer/Legat), DonarWeiss ggf and Hilltop Sternlicht ggf. 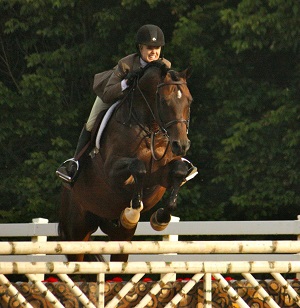 Greengate Farm has utilized the services offered by Select Breeders Services in Chesapeake City, MD for decades. Rachel said, “We came to SBS to be sure that the stallion’s semen was properly collected as well as tested and tried in various extenders to be sure we were providing our customers with an optimum product. In addition, every customer is provided accurate information with each shipment they receive. I can rely on SBS to provide ease of service that we can depend on.” Rachel went on to say,

“SBS is respected by its peers, veterinarians and breeders alike for its professionalism, processing and distribution of semen…both fresh & frozen. In short, the SBS name gives confidence to our customers that they will know that they are investing in a good product for their mares.”

Frozen semen plays an important role in the breeding program at Greengate Farm. They like the idea of having frozen semen from their stallions on hand to use whenever their mares are ready to be bred. To them, missing an opportunity to breed a mare is much costlier than producing and storing frozen semen. Rachel said, “Additionally, we regularly do planned breeding with our own stallions using the SBS timed frozen semen protocol. This system has never failed.” She has also served local clients with their frozen either because they chose to breed as a last-minute decision or because they wish to change stallions.

Rachel also pointed out that an advantage in stallion-rearing is that you can offer a stallion for sale, yet maintain your own supply of frozen semen for breeding mares at your farm in the future. This advantage can serve the stallion owner well to also insure they can cover their outstanding breeding contracts and still sell a stallion to the market.

It’s possible you might find the perfect cross for your mare at Greengate Farm whether you are looking for a stallion whose offspring excels in dressage, jumping or the hunter ring. Their goal is to produce sound, athletic, sporthorses for both the professional trainer and amateur rider as well as Hanoverian breeding stock for US breeders.