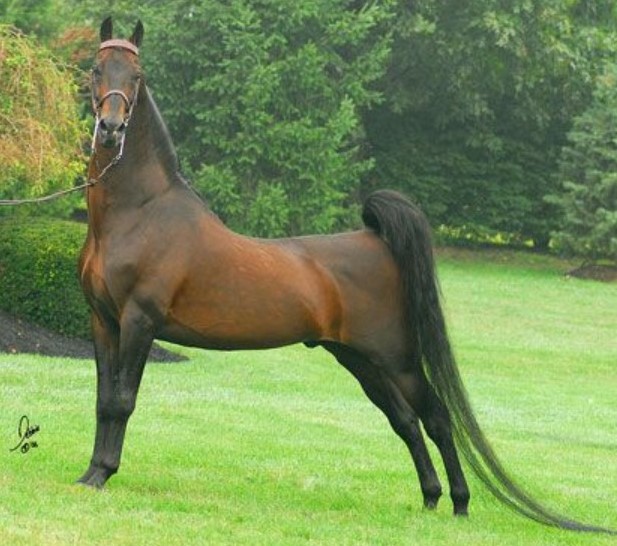 Schengrund Stables, LLC (SSLLC) is located west of Hershey, Pennsylvania in Campbelltown. The founder and owner of Schengrund Stables, Dr. Kevin Schengrund, fell in love with the Morgan horse as a child and wished to create his own breeding program in order to help better the breed. In 2003 this dream became a reality and their first foal crop arrived the following Spring. At SSLLC their goal is to produce top quality Morgan show horses for all divisions including English pleasure, park, park harness, hunters and western pleasure. Their success is evident with success of their stallions, HVK Man About Town and ECP Anchor Man, and their offspring.

“I have had only pleasant experiences with all the staff I’ve dealt with at SBS. They are knowledgeable and always friendly. If I ever have questions or concerns, they are dealt with in a prompt timely fashion. I would definitely recommend SBS to anyone looking for breeding services.” 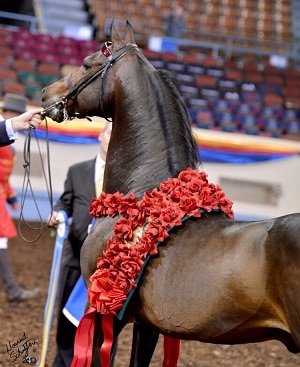 She went on to say, “SBS in Maryland is a beautiful facility that’s well maintained and being pretty close to home is a bonus as well! I don’t ever worry about my horses care while they’re there. They always come home happy and healthy!”

ECP Anchor Man (photo right; LPS The Boogie Man x Minion Marquisse) was born in 2006 and has achieved the Grand Champion Stallion title at the New England Regional and was named World Champion Stallion in 2013. FCM No Boundaries (ECP Anchor Man x MSV Dreamer), born in 2012, has already attained World Champion status two years in a row as the WC Park Saddle horse at the ages of three and four years old. The oldest foals by ECP Anchor Man at Schengrund Stables are coming two and just headed off to training.

Several of their other horses have achieved honors in the show ring including SSLLC Collective Soul (Tug Hill Whamunition x Brio Bell Martell) who was recognized for the second year in a row in the Adequan/USDF All-Breed Awards and placed first in the First Level Open Division. Many other horses of Schengrund Stables have made names for themselves in the show ring as well. 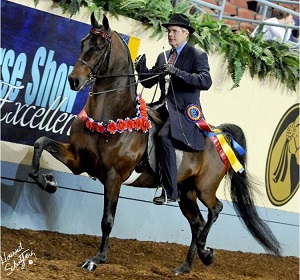 In its first thirteen years of operation Schengrund Stables has begun to leave it’s mark in the Morgan horse world and will continue to do so for many years to come.