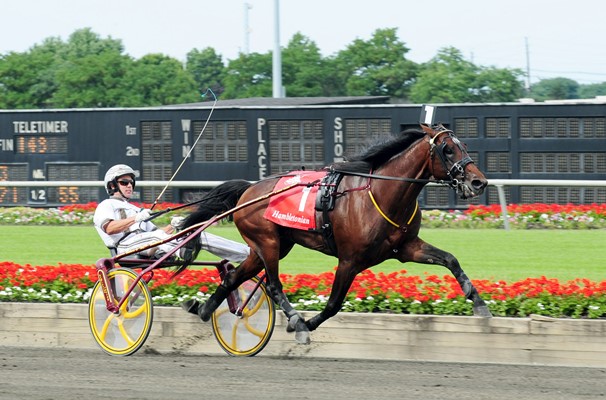 In 1978, Mr. and Mrs. Allen Skolnick decided to partner in the purchase of three Standardbred yearlings. More than 35 years later their Southwind Farms is a household name in the Standardbred racing industry. After the success of their first yearlings they decided to purchase property to expand their broodmare band and breeding program. In 1980, the first property they purchased was 390 acres in the Catskill Mountains of New York. Six short years later they decided to move their facility to a more strategic location near four major race tracks and other prominent Standardbred breeding farms in New Jersey. The 235 acres, which was originally a dairy farm, is home to Southwind Farms broodmare band and nursery for their foals from the time they are born until they are sold as yearlings.

One of the three original yearlings purchased by the Skolnicks was Royce (Albatross x Sulta Rainbow) who earned $424,000 on the racetrack and is the reason the Skolnicks remained in the business. The other two yearlings were fillies which they retired to broodmares after they were retired from racing. Today their broodmare band consists of 40 mares which represent the most prestigious bloodlines in the industry. Along with their mares, Southwind Farms also has two stallions on their roster: Muscle Hill (Photo top left; Muscles Yankee x Yankee Blondie) and Sport Swriter (Artsplace x Precious Beauty).

World Champion and Hambeltonian winner, Muscle Hill (photo middle right), was a very accomplished race horse during his competitive career. He is a syndicated stallion with shareholders in the United States as well as six different countries within Europe. In order to allow all of the syndicate members an opportunity to breed to Muscle Hill 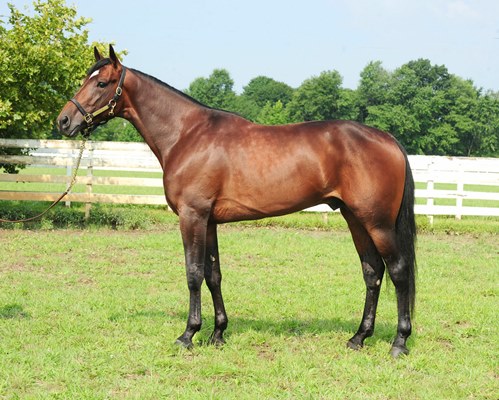 the logical solution was to freeze semen for international shipment. Therefore, since his retirement from racing in 2009, Select Breeders Services in Maryland has been freezing semen from Muscle Hill to be qualified for shipment not only to Europe but also to Australia and New Zealand.

As a result of these efforts on one weekend this past August Muscle Hill had offspring competing in major events in Sweden, Australia, and the United States. Just a few of his accomplished offspring are Glenferrie Burn (Australia), Emmett Brown (Sweden), Sloopy Joe (Sweden), Sparkling Kronos (Sweden), Trixton (United States) and Mission Brief (United States). This year alone his offspring have won more than $2 million dollars.

Select Breeders Service has been freezing and exporting semen from Southwind’s stallions for almost 20 years. When Laura Young, General Manager of Southwind Farms, was asked why they choose to use SBS she said,

“They are leaders in their trade. Much like Southwind, they have honesty and integrity and are trusted throughout the world with handling millions of dollars worth of frozen stallion semen…Only the best for the best!”

Laura (photo left) has been with Southwind Farms for more than 20 years and is very dedicated to running the facility at maximum efficiency with minimal overhead. She is consistently striving to further her education on equine breeding, nutrition and overall management. She is also a certified veterinary technician taking undergraduate credits to move on to become a veterinarian. When she isn’t working on the farm she enjoys snowmobiling, ATVing, deer hunting, and spending time with her husband and seven year old son.

With a band of prestigious broodmares, a dedicated staff and accomplished stallions, Southwind Farms is sure to continue its legacy as one of the top Standardbred breeders for the next 35 years and more.