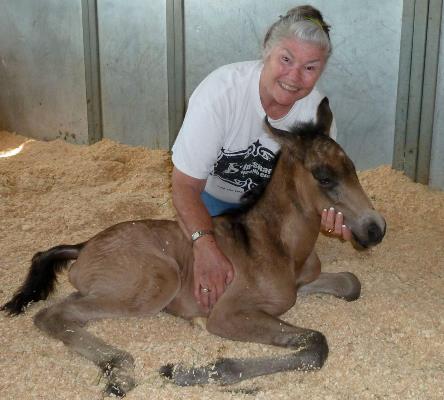 Terry Waechter founded WATCHMAN PRE Horses, Inc. in 2007. “WATCHMAN” is the English translation of her German name, Waechter. Terry (photo left) felt this translation was appropriate because it embodies the idea of guardianship. The Pure Spanish Horse (aka Spanish Andalusian or PRE) was formerly established as a breed in the sixteenth century and originated in Spain. WATCHMAN PRE Horses, Inc. has taken the guardianship of this special breed seriously as they focus on preserving the breed as it was all those centuries ago.

She began her breeding career almost 15 years ago with two warmblood mares. One mare was a warmblood/thoroughbred cross and the other a thoroughbred mare. It was during this time that she was using frozen semen and became familiar with the services of SBS. Terry achieved great success with her small enterprise which was marked by a win in the West Coast Hunter Futurities with an offspring by the 1991 Dutch stallion Just The Best.

However, as her two mares began to age she decided it was time for a change. It was by luck that she met and fell in love with an Andalusian mare. From that experience, WATCHMAN PRE Horses, Inc. was born. At the time the price of a PRE mare did not fit into her budget so she used her lifelong experience with horses to select young fillies and then prove them in competition and breeding. 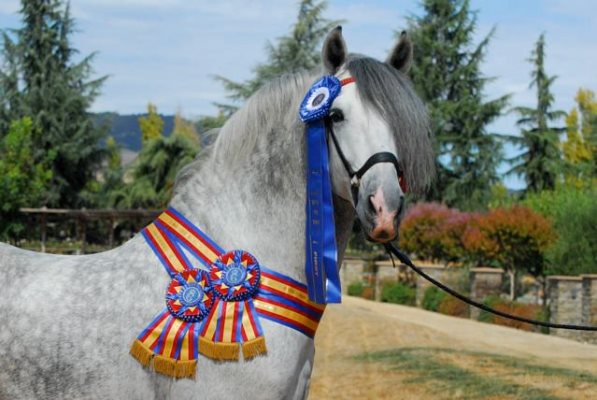 Terry said, “I had the incredible fortune of acquiring Fugitivo XII who elevated my program to the highest level.”

At the age of three, Fugitivo XII (photo right; Fugitiva VIII x Aguileno II) was imported to California from Spain. At the age of five he was winning national awards at Training and First Level dressage. In 2007, he was selected by the Asociación Nacional de Criadores de Caballos de Pura Raza Española (ANCCE TRC) as “Calificado”, which is the most prestigious award for a PRE breeding stallion. After finding his new home at WATCHMAN PRE Horses, Inc. in 2010 he continued his show career as an international competitor. His highest achievement was qualifying to compete for a place on the 2012 USA Paralympics Team held in London. Though he himself was unable to compete in the Paralympics because his rider was going to have a baby, he comes from a line of Olympic competitors such as Evento (Atlanta 1996), Oleaje (Athens 2004) and Invasor II (Atlanta 1996, Sydney 2000, Athens 2004).

Unfortunately, Fugitivo XII passed away in January 2013 after suffering a tragic accident in his stall. Regarding his death Terry said, “Losing him was a mighty blow but a blessing was the frozen semen kept by the SBS Affiliate Laboratory, Pioneer Equine Hospital. I fulfilled my contractual breeding obligations and then closed his book. His remaining semen will be carefully used by WATCHMAN PRE Horses, Inc. to cement his bloodlines in the US.” 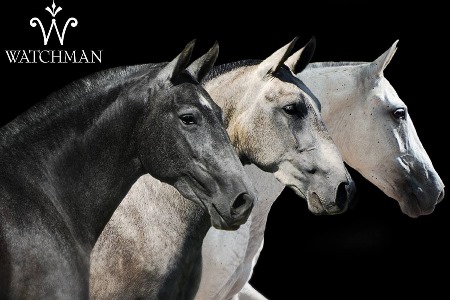 They also have frozen semen from one his sons, Heroe de Honor LF (photo bottom right; Fugitivo XII x Herencia KR), and have kept several of Fugitivo XII’s fillies in their operation. As for the future Terry says another stallion will be included in their program. “We are currently investigating bloodlines and available colts of the highest quality. In the meantime, beginning in the 2015 breeding season we have selected frozen semen from an outstanding Qualified stallion from Spain to service our Fugitivo XII daughters.”

The goal of WATCHMAN PRE Horses, Inc. has always been to breed the highest quality PRE Horses which meet the breed requirements and are proven to be functional in performance. They studied the breed by reading books, watching videos, listening to interviews, reviewing Studbook guidelines, etc. and have applied what they’ve learned as they breed their horses. As a result their mares have been national titleholders and some have been chosen by the Studbook as elite breeding horses. 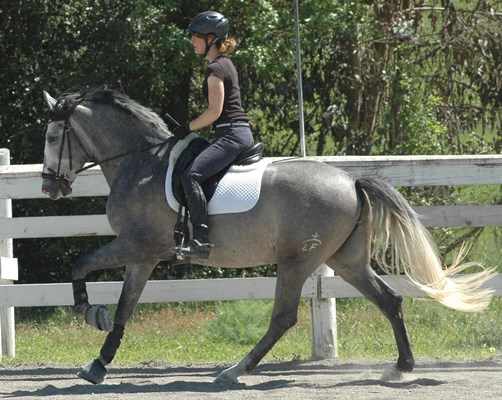 Frozen semen and embryo transfer have been integral parts of their breeding program for many years. Since they didn’t offer fresh or cooled semen from Fugitivo XII for several years almost all of their offspring are the result of breeding with frozen semen. Terry said,

“SBS has been our provider whether it is storing frozen semen or preparing and shipping semen internationally. We were lucky to know from the get go that SBS was there to meet all of our needs. In the future we look forward to harvesting embryos for shipment or freezing and expect to depend on our partner, SBS.”

Terry went on to say, “We are anxiously watching the progress in freezing embryos. We will employ this technology when it becomes more common place. The services of SBS allows small breeders such as WATCHMAN PRE Horses, Inc. to expand our influence and success. We are very grateful for these technologies.”