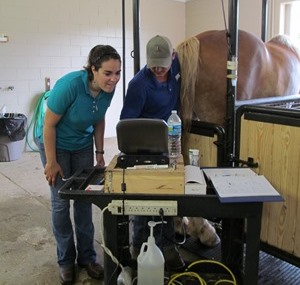 Timed artificial insemination (AI), programmed AI, one dose, two doses, deep horn insemination…what’s best for your mare?  With the increased use of frozen semen and the trend towards commodity sales (by the dose with no guarantee) veterinarians have developed a variety of strategies when managing mares being bred with frozen semen.  In this article, we discuss several options and which ones might be most appropriate for your situation. 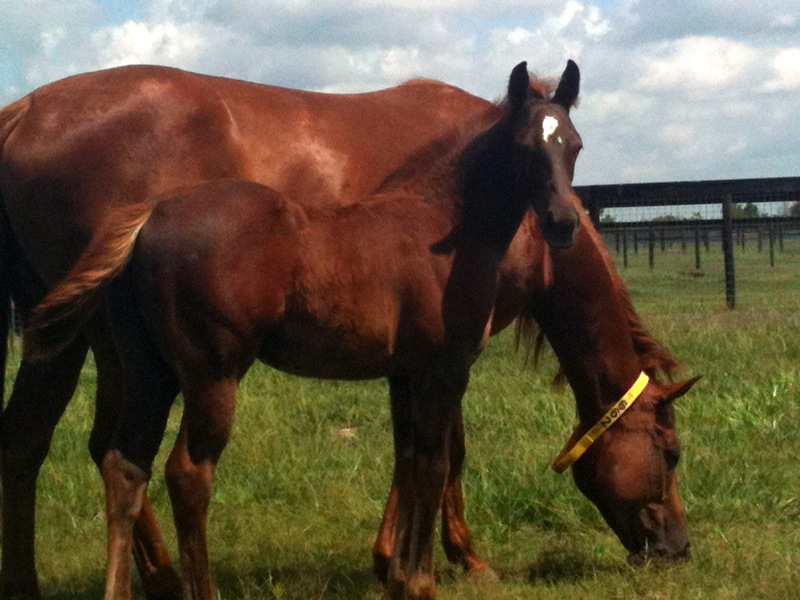 “I just purchased one very expensive dose of frozen semen from this incredible stallion. Is it OK to split the dose and breed two mares to try and get two foals?” or “The stallion owner only provides one dose per heat cycle and my vet would like to use a timed insemination protocol. Is it OK to split the dose and inseminate twice on the heat cycle?” At SBS we have heard these questions or some variation of them many times over the years. The answers are not simple ones. This blog article will follow up on two previous blogs that are also important in understanding the issue. See the recent blogs What Exactly is a Dose of Frozen Semen? and What is Progressive Motility?

The Facts about Frozen Semen and Post Breeding Uterine Fluid

Posted by Dr. Ed Squires in Breeding with Frozen Semen

The presence of fluid in the mare’s uterus after natural mating or insemination is a normal event that occurs in response to the breeding. This is the result of an inflammatory response that is needed to rid the uterus of any excess sperm or other contaminating agents. The influx of neutrophils (white blood cells) into the mare`s uterus after breeding results in the elimination of sperm, bacteria and other cellular debris and causes the release of prostaglandins, which stimulates uterine contractions. Typically the inflammatory response peaks 12 hours after breeding and by 24 to 48 hours the mares uterus is empty of fluid. However, some mares are more susceptible to prolonged retention of fluid and it may be retained for several days after breeding.

Questions Every Mare Owner Should Ask Before Breeding With Frozen Semen

Posted by Paul Loomis in Breeding with Frozen Semen

Frozen semen offers many advantages to mare owners but it is important to understand that not all frozen semen is the same. You can achieve excellent results with frozen semen IF the semen is of good quality, is provided in adequate numbers and has been processed, stored and shipped properly. All too often mare owners and veterinarians have been disappointed with the results they obtained with frozen semen that may not have been processed properly or was distributed without adhering to strict standards for quality control. The best way for a mare owner to ensure success is to breed to a stallion whose owner or agent is willing to stand behind the product and offer a pregnancy guarantee, just like they would with cooled semen. If that is not the case then make sure that the semen was collected and frozen by a reputable, professional laboratory and that you can obtain objective information about the semen quality. Here are some important questions to ask the stallion owner or semen agent before you sign a contract.