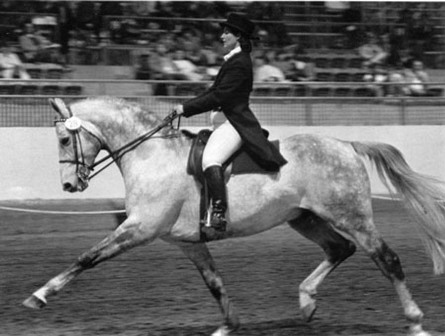 It’s a family affair at Watermark Farm in Oxford, PA. Bill and Anne Rawle, assisted by their daughter Ellie have been breeding good minded, talented and correctly built horses for dressage, eventing, hunters and jumpers since the 1960s. And what a talented family they are - Anne is USEF “S” dressage judge and trainer who competed successfully through Grand Prix dressage, Intermediate eventing and in the Amateur Owner hunter and jumper divisions. Bill has competed internationally in Nordic Combined skiing as well as dressage and show jumping. Ellie has had great success in the dressage arena as both a Young Rider and then in the open classes, earning her USDF Gold Medal and attaining international ranking at Grand Prix. Many of their competitive successes have been on horses they have bred and raised at Watermark Farm.

We have always loved high quality horses and found that raising them was not only more cost effective but also much more satisfying! 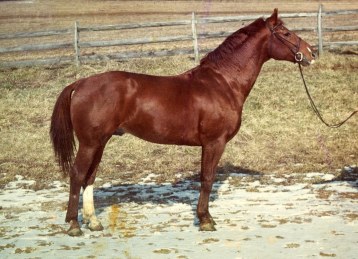 What is fascinating about their breeding program is how they can trace back several generations of homebred horses through their pedigrees and how they can demonstrate consistent competitive success throughout these family lines. Their foundation sire was the Hanoverian stallion, Abundance (by Absatz; photo right). Abundance was a treasured asset to US Sporthorse Breeders being awarded Hanoverian Stallion of the Year numerous times. His son Again and Again (photo above left) competed through Grand Prix and another son, Adamant, competed through Intermediare dressage. Adamant’s son, Avebury WF (photo below) is currently competing at 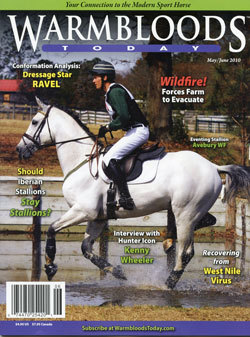 Preliminary level eventing with Ryan Wood. Averbury’s dam, Dynasty WF was bred by Watermark Farm and had a competitive career as a jumper. Her sire, Dekor, was a 1-A Westphalian stallion imported from the famous Vornholz stud in 1972, and stood at Watermark Farm. Her dam, Today I’m Trying xx, was a foundation mare. Thus, Avebury WF represents >40yrs of genetic selection and family breeding on both the mare and sire lines of the pedigree.

Also standing at Watermark Farm today are Waldaire (photo below right) and his son Wizard WF. Waldaire and Ellie have proven to be consistent competitors through FEI Grand Prix dressage, his lifetime average score is 65.795% and he has received 43 USDF Horse of The Year Awards! Frozen semen is still available for Adamant (sire of Avebury WF), Again and Again (full brother to Hall of Fame working hunter Ruxton and Olympic jumper Jackie Blue) and "A" circuit hunter Showtime WF. 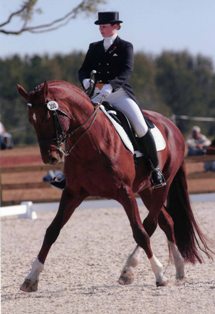 As part of the family's effort to add suitable bloodlines, Watermark Farm is proud to be the North American representative for the Westphalian stallion Dressage Royal through frozen semen. He is a lovely black son of Donnerhall out of a Rubinstein mare, ranked in the top 16 of all dressage stallions in Germany. Recently his son, Desperado OLD won the Nurenberger Burgpokal Finals at the Frankfurt CDI under Carola Koppelmann.

For us frozen semen is more cost effective and convenient. SBS is the gold standard for service, they are a group of very talented and personable professionals.