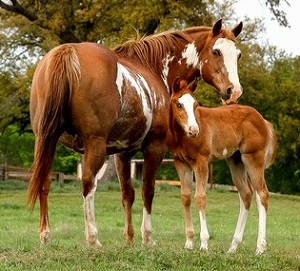 Because some horse breeds are known to be predisposed to certain genetic conditions, mare owners typically scrutinize the risks before making breeding decisions. They evaluate stallions’ histories, offspring, conformation, health and pedigrees. As a 2016 Texas case showed, mare owners should also pay attention to the language in the breeding contracts they sign.

In a Texas Federal Court case, the plaintiffs owned an American Quarter Horse mare, bred for cutting, which had never before been tested for a genetic condition called HERDA (Hereditary Equine Regional Dermal Asthenia). In an effort to reduce the risk of a foal affected by HERDA, the mare owners allegedly sought a stallion that was not a carrier of the HERDA gene.

The resulting foal turned out to be affected with HERDA, which was discovered after the horse was saddled during its training process. After that, the mare owners filed suit raising numerous legal theories that included breach of contract, fraud, negligence, violation of the Texas Deceptive Trade Practice Act, and more. The stallion owner sought to dismiss the breach of contract claim on the basis that the Stallion Service Contract made no statements or representations regarding the stallion’s HERDA status. A clause within the contract even stated that the written contract “contains the entire agreement between the parties and may be amended only in writing signed by each of the parties.” Because no evidence existed as to written amendments to the breeding contract regarding the stallion’s HERDA status, the court dismissed the mare owners’ breach of contract claims. Essentially, the ruling indicated, there was no contract to breed a HERDA negative stallion. The mare owners’ other claims were allowed to proceed, however.

A link to the Texas court ruling is here .

Julie Fershtman is one of the nation’s most experienced Equine Law practitioners. A lawyer for 32 years, she is a Shareholder with Foster Swift Collins & Smith, PC, in Michigan. She has successfully handled equine cases in 18 jurisdictions nationwide and has tried equine cases in 4 states. She is listed in The Best Lawyers in America and is the recipient of the ABA's “Excellence in the Advancement of Animal Law Award.” Her speaking engagements span 29 states. For more information, please visit www.equinelaw.net.