For over 50 years the Lansdowne family has been raising beef cattle in Australia. For the majority of those years their operation was located near Katherine in Northern Territory. Then 13 years ago they decided to move their operation to a 45,000 acre plot of land in central Queensland. Horses play a big part in their lives as all gathering of their Brahman cattle is done on horseback.

For many years they bred Australian Stock Horses (ASH) and have a foundation of good broodmares with bloodlines tracing back to the great ASH stallion, Reality, who was born in 1958. After their move to Queensland they decided to mix things up a bit by introducing Quarter Horse bloodlines into their operation. In 2007, Kim and Carole Lansdowne took a trip to Fort Worth, Texas in search of a Quarter Horse stallion which would complement their ASH breeding program. They found just the horse they wanted and purchased the red roan Quarter Horse stallion, RS Chisum.

RS Chisum (photo middle right at age 3; Hes A Peptospoonful x RS Sola Rey Me) is a 15.1 h red roan stallion which according to Carole, “has been a perfect cross with our Australian Stock Horse mares and is becoming a great sire of athletic cutting horses and campdrafters as well.” 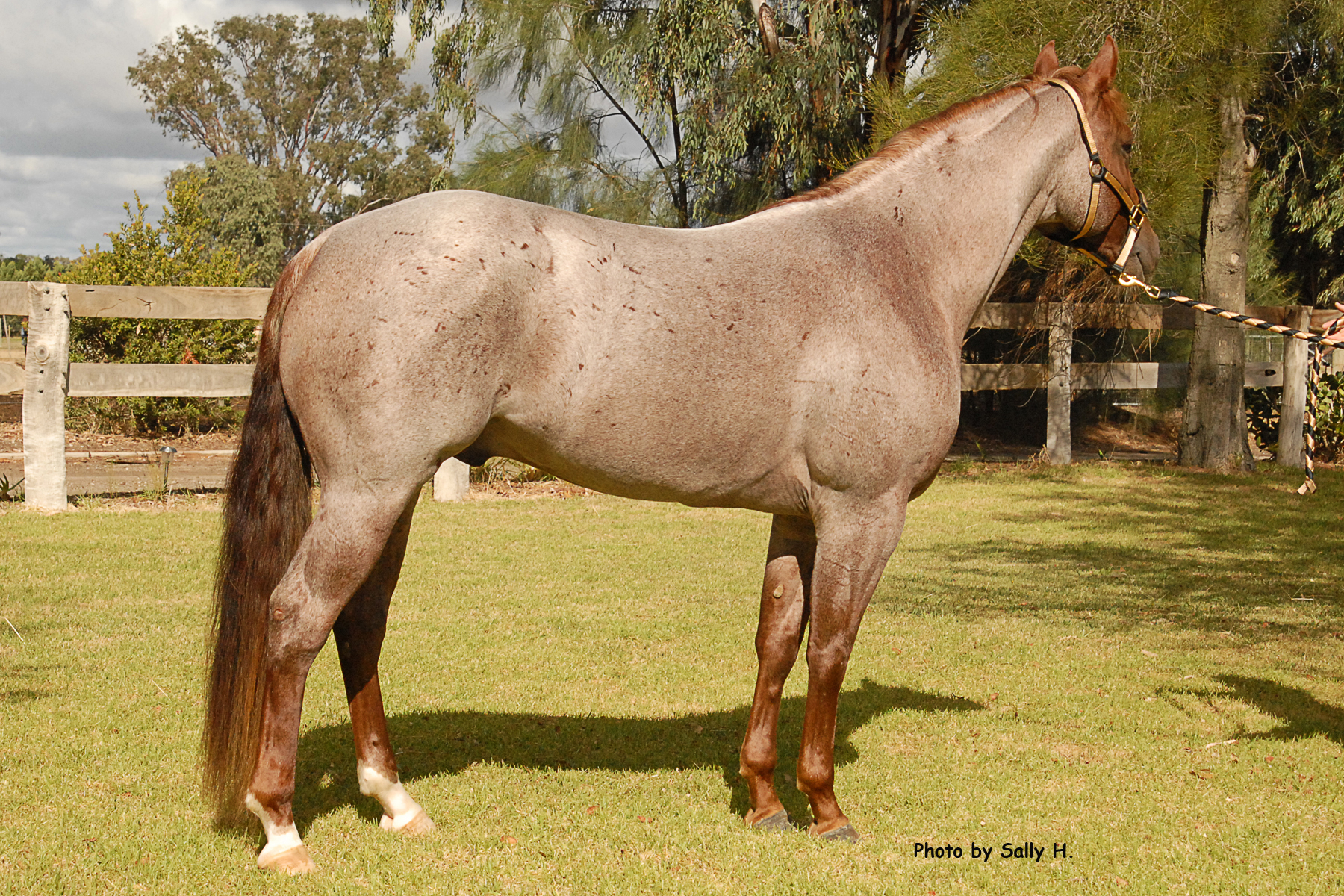 Campdrafting is an Australian sport which requires agility, intelligence and strength of both horse and rider. It is similar to cutting in that a cow must be cut from a herd of cattle but unlike cutting, the rider and horse must then work the cow around a course.

They wanted a stallion that would produce sound, athletic, and intelligent horses that would be versatile. Horses which could work days on the ranch but also be easily trained and competitive in the show pen. RS Chisum has proven to be the right stallion for their program. His foals have already been successful in cutting, campdrafting and other challenges. Carole pointed out, “A colt from RS Chisum’s first foal crop has had huge success in cutting in Australia. Koonamara Spoonfulo Badge (photo top left) was a finalist in his Futurity year after winning both go rounds, then won the Derby the next year as well as several other cuttings. Other foals have won or been finalists in their Futurity and Derby years and others like Chisums Hondo and Lucky Spoonful (photo below) are now becoming finalists in Campdrafting.” 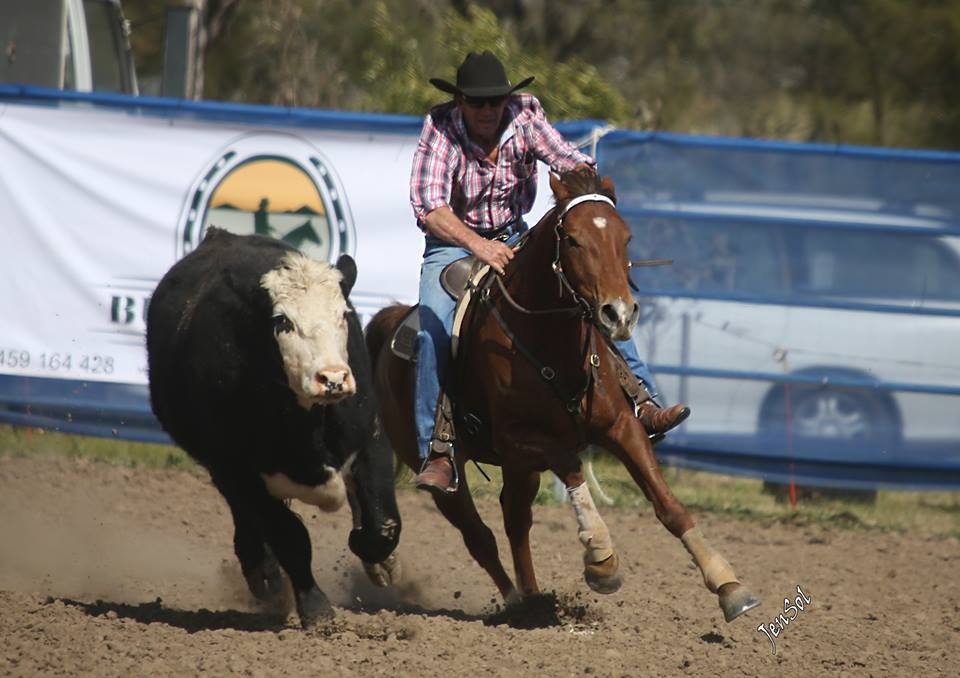 After purchasing RS Chisum he traveled to Australia where his semen was frozen by the SBS affiliate laboratory, Goulburn Valley Equine Hospital. Carole said,

“The semen was Grade A export quality and over several seasons has proven to be very fertile and given great results. We were given a lot of information to assist us in the process plus advice on storing and breeding with frozen semen. The association with SBS gives the semen instant credibility.”

Frozen semen has proven useful for the Lansdowne’s breeding program because they have clients all over Australia and throughout the world. Some of those clients are great distances from an airport and may be unable to accept shipments of cooled semen but also they use it as a backup at vet clinics during the breeding season in case a request for cooled semen cannot be fulfilled.