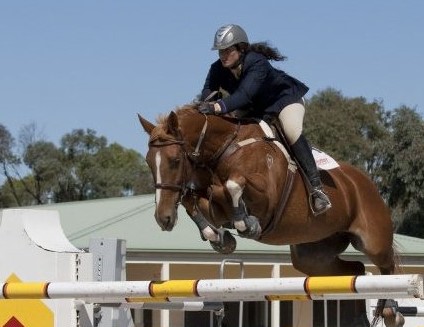 Melissa Froesch has spent her whole life around horses whether it be breeding or riding them. She and her parents, Bert and Margaret, make up Team Froesch who operate Glenara Park. They are in the business of training and breeding World Cup showjumpers in Bradford of Victoria, Australia. When training their horses, they take into consideration the ‘whole’ animal which is referred to as a holistic approach to training. This means they take into consideration the physical, biological, chemical, social and psychological components of each and every horse. This philosophy has allowed them to become leaders within their industry and produce champion after champion whether breeding with fresh/cooled/frozen semen or through their embryo transfer program.

The success of Melissa’s training and breeding programs is evident in her horses winning the famed Jumping With The Stars ‘Champions of Champions’ at Werribee Park several times. She is also the only rider to have won it three times. The event was introduced in 2002 and Melissa won the event that year on her 17 hh grey stallion, Warlord II (Daley K x Balmoral Princess). She followed that with wins in 2008 aboard her mare Glenara Bollinger (Pictured top right; Warlord II x Miss Cognac) and in 2010 on Glenara Bollinger’s full brother, Glenara Master Cognac (Warlord II x Miss Cognac). 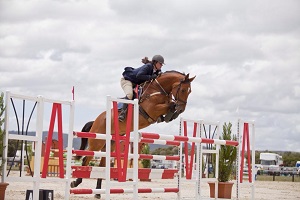 When asked what got her started in the equine breeding industry Melissa said, “I had a good jumping Grand Prix mare and I wanted more jumpers like her. You can’t buy them so I decided to breed mine.” Yet, it wasn’t until 1995 that they introduced embryo transfer into their breeding program. The first mare they performed embryo transfer on was a mare they had difficulty breeding named Miss Congac. Two of Miss Congac’s foals, Glenara Bollinger and Glenara Chandon who were sired by Melissa’s stallion Warlord II, have gone on to compete in the World Cup arena. Using embryo transfer has allowed Melissa to produce foals while her mares continue to compete at the top levels in show jumping.

Glenara Bollinger’s son, Glenara Cognac (pictured above right; by ASB Conquistador), is also a product of Melissa’s successful embryo transfer program. He has several wins to his name including the 7yr old class at Jumping With The Stars in 2016 and he won two of three classes at the Boneo Showjumping Championships in September 2014. 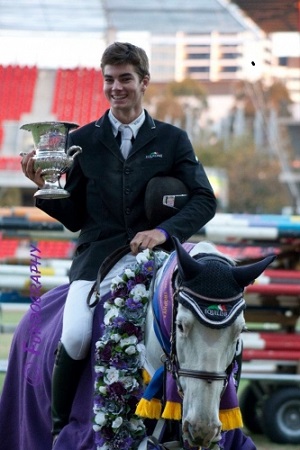 The SBS Affiliate Lab, Goulburn Valley Equine Hospital (GVEH) located in Victoria, Australia, has played an integral part of Melissa’s breeding program. They have assisted Melissa with embryo transfers as well as with breeding her mares that are considered difficult to breed.  One such difficult mare is the 2012 Australian Showjumping Champion, CP Romantic Dream (photo left). Prior to Melissa owning the mare there had been multiple attempts to flush an embryo without success. She has obtained four embryos since she purchased the mare and took her to GVEH for breeding.

GVEH has also trained her stallions to collect off a phantom and process their cooled/frozen semen. Melissa’s other stallion frozen by GVEH is Glenara Congac’s half brother, Glenara Gold Dust (Balou du Rouet x Glenara Bollinger). When asked why she uses SBS and chooses to utilize frozen semen on her mares Melissa said,

“Using frozen semen allows me access to the best performance sires in the world. And I use SBS because they are a very helpful, one stop breeding shop.”

The goal of Melissa’s breeding program has been to produce top level showjumping horses. She can say without a doubt that she is already achieving this goal and will continue to do so for many years to come.