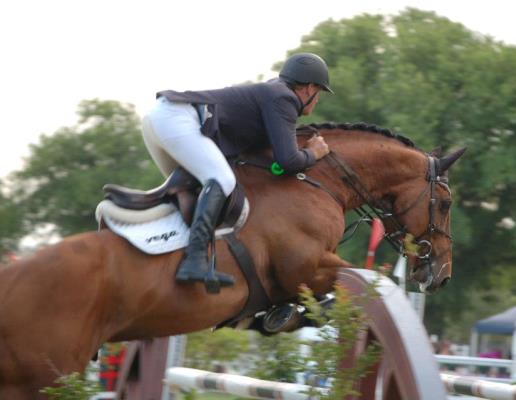 Paul and Michelle Brent own and operate Cavalli Park Performance Horses in Australia where they breed and train show jumping horses. They began their career in breeding more than 15 years ago when they found it was increasingly more difficult to purchase high quality show jumping horses in Australia. Also, the thought of breeding for the enjoyment of creating top horses from the beginning was appealing to them.

Their riding careers began at an early age by going through the Pony Club system. Though Paul competed in all disciplines in Pony Club he continued on in eventing to the one star level before finding his passion in show jumping. He has since competed in the show jumping arena at the World Class level. In previous years, Michelle preferred dressage and eventing before she herself turned to show jumping. Both are National Coaching Accreditation Scheme (NCAS) qualified coaches in Australia. 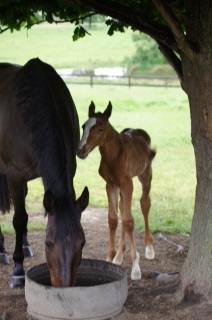 The first foal they produced was out of a Thoroughbred mare they bred to the stallion Clover Flush (Clover Hill x The Queen of Trumps). At the time he had currently been competing in World Cup competition in Australia. They kept the resulting colt, Renovator, and started him under saddle when he was three year old before selling him. He has gone on to be very competitive up to the World Cup level and is currently being ridden by a junior rider.

The goal of the breeding program at Cavalli Park is to breed and produce top quality show jumping horses for themselves as well as others within the Australian market. They have chosen to breed a small number of mares each year in order to focus on quality, not quantity, and do so by utilizing embryo transfer on their competition mares. Michelle said, “Importing horses is a risky and expensive process so we hope to breed quality horses by using frozen semen from top European blood lines.” They also breed mares to their two stallions, Animate (photo top left) and Fontaine Blue VDL.

Animate (Animo x Lucila) is a 1998 Holsteiner stallion who has been showing successfully at the World Cup level in show jumping for several years within Australia and throughout the world. He has placed first at the Sydney Royal World Cup, second at the Melbourne Royal World Cup and third at the Adelaide Royal World Cup. Not only is he a competitive jumper but he is also proving himself as a sire. One of his offspring, Alpha Centuri (photo bottom right), was the only horse to jump a clear round at the Sale World Cup in 2011 and also gained his Olympic Qualification. 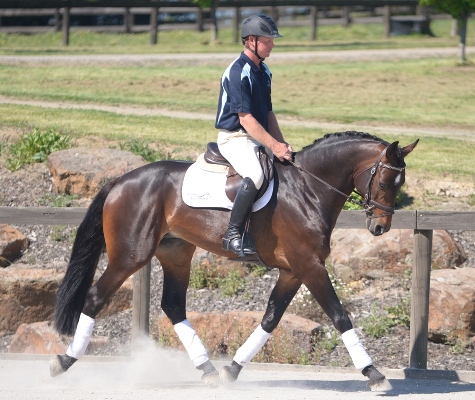 Their five year old Dutch Warmblood stallion, Fontaine Blue VDL (photo left; Toulan x Ocinthe), was bred and retained as a stallion by the infamous VDL in Holland. His pedigree has many of the top bloodlines in Europe including Heartbreaker (Nimmerdor x Bacarole), Indoctro (Capitol I x Vanessa VII), Emilion (Wellington x Ramirha) and Alme Z (Ibrahim x Girondine). He has just began his career in the jumping arena and as a breeding stallion. Michelle said, “We import competition horses from the VDL stud in Holland to aid us in producing top quality international horses.”

The use of frozen semen is an integral part of the breeding program at Cavalli Park Performance Horses. The Brents use the services provided by the Select Breeders Services (SBS) affiliate lab, Goulburn Valley Equine Hospital (GVEH) and Dr. Angus McKinnon, located in Victoria, Australia. Michelle said, “Dr. McKinnon has trained our young stallion, Fontaine Blue VDL, to collect using a phantom. GVEH has processed frozen semen from him along with Animate which ensures their availability to outside mares when they are away competing as well as provides us with a peace of mind that should something happen to them we would still be able to breed using their frozen semen. We have also used the import services of GVEH to gain access to the best stallions from around the world including bringing frozen semen from Europe to breed our Animate mares such as Cavlli Park Annibell (photo above right with her foal, Bella, by Balou du Rouet).”  She went on to say, 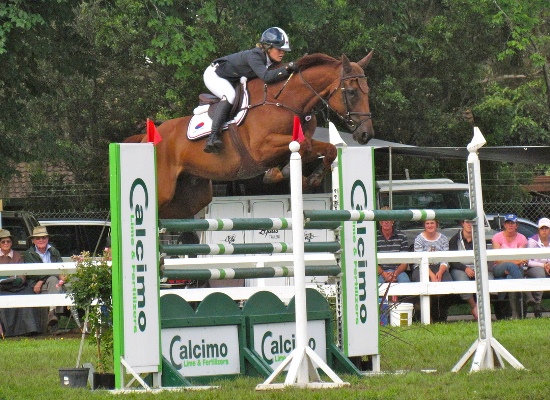 “We are very comfortable sending our stallions and mares to SBS as we know they will receive the best care and they have such a large herd of recipient mares for embryo transfer. They not only provide the best care for our mares and stallions but they also have such a great distribution program throughout Australia, America and Europe which opens many doors for us.”

Recently, Michelle attended the Reproduction Management and Artificial Insemination course offered by GVEH. She said, “The course was very informative and has aided our breeding program greatly. Also, SBS provides a wealth of knowledge and Leann from GVEH is always keeping us up to date with how are mares are doing with their embryo transfers and is always happy to answer any questions we may have.” Paul and Michelle will strive to continue to improve the show jumping industry not only in Australia but throughout the world whether they are competing in the arena, foaling out a mare or in the breeding shed.