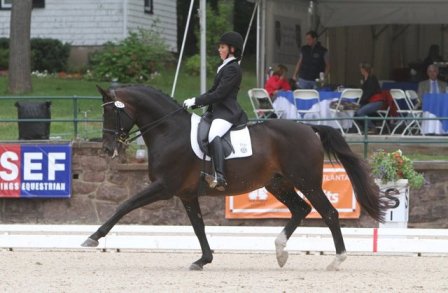 Not many stallions have quite the resume that Pik L has which is why we wanted to share his story. Often times a stallion is either successful in the show ring, not leaving much time for breeding, or finds success as a sire through his offspring’s accomplishments. It is rare to see a stallion do it all. For those of you who are not familiar with Pik L, he is a licensed Hanoverian stallion, owned by Ann Sparks of Horses Unlimited, who placed 4th in his 100 day test in Germany, receiving scores such as 8 on character, 9 on rideability, and an 8 for his canter. Since then he has trained and shown successfully through Grand Prix. In 2003, he placed 4th in the Pan American Games and in 2007 was the reserve horse. In 2004, at CHIO Aachen, placed 4th in the I-1 Freestyle with a 73.25%, then came home to the states and won the PSG and I-1 Freestyle at Dressage at Devon with scores in the 70’s. In 2005, he was on the gold medal team and placed 1st individually at the USDF Junior Team Championships and the following year won all the 3 junior classes with scores up to 73%... the list goes on. 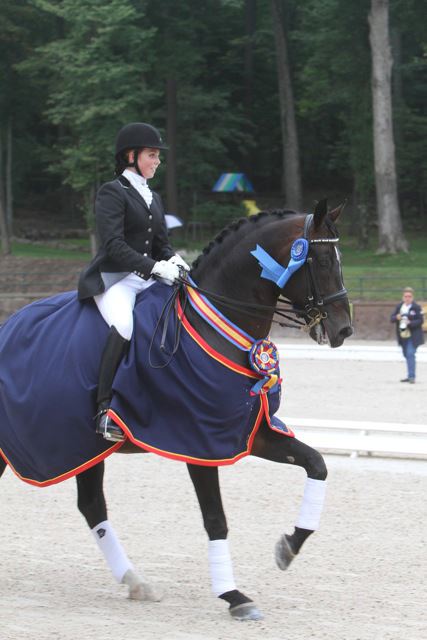 A busy competition schedule didn’t stall his breeding career either. Pik L’s offspring are multi-talented competing in dressage and jumping. He has produced young horses who’ve qualified for the USEF/Markel National Young Horse Dressage Championships, including Pikko del Cerro HU who won as a 5 and 6 year old. Pikko del Cerro was also recently licensed with the American Hanoverian Society this summer.

Even with all of these accomplishments Pik L isn’t showing any signs of slowing down as he continues his career as a school master for junior rider Kya Edresson, a full time working student at Hassler Dressage in Chesapeake City, MD. Unfortunately, Kya’s own mare sustained an injury earlier this year and she couldn’t be ridden. Scott Hassler had discussed the situation with Ann Sparks and Kya got the ride on Pik L. The combination has already proven successful when the pair won the team and individual tests at the 2011 National Junior Dressage Championships held at Gladstone; this was Kya’s first championship title. 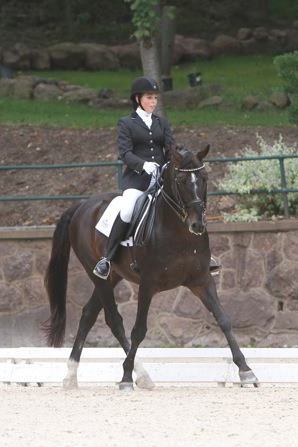 Of Pik L, Kya commented, “He is such an incredible horse to ride and he gives you the feeling of what a true dressage horse is supposed to feel like”. Her most memorable moment so far was her first ride because she was smiling the whole time. She also describes his temperament as a “perfect gentleman. Even though he is a breeding stallion, he doesn’t seem to let that affect him.”

This is an incredible learning opportunity for Kya and she thanks the Hassler family and Anne Sparks for all they’ve done. We wish Kya and Pik L the best of luck as next year they aim for the North American Young Rider Championships.

Pik L stands at Hassler Dressage and is also available with frozen semen from Select Breeders in Maryland.