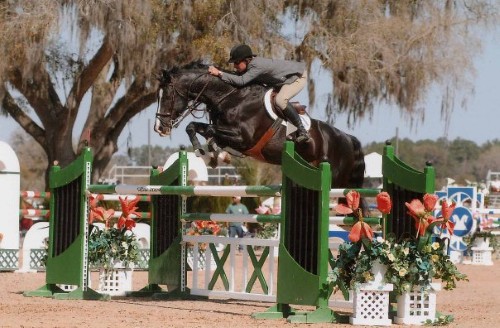 Stacia Purcell began riding as a young girl in Montana. When she went off to college she took her 3 year old with her as a project for her “horse breaking” class at Montana State. That is when she knew for sure that horses were going to be her life. Her dream of one day owning her own horse breeding farm came true in 2005 with the founding of Seafire Sporthorses, now based in Elkton, Florida, about an hour from Ocala. In 2004 Stacia purchased one of the top producing broodmares in the US Selle Francais registry, Bid Seven, and bred her with frozen semen from the stallion Quattro B. The resulting filly was named “Rhapsodie du Soleil” and not only was she the first Quattro B foal to be born in North America but she was also his first offspring to be registered Selle Francais in the world. In 2010 she purchased the imported KWPN stallion, Richard (Kroongraaf-Le Mexico). 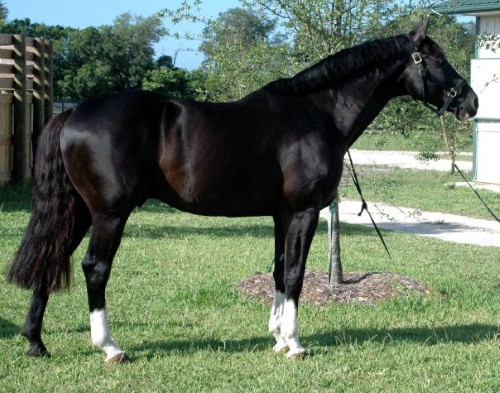 Richard (shown under the names of Decadent in the United States and Ravanelli in the European Union) has been a force to be reckoned with throughout the world in both the hunter and jumper rings. He has competed at Grand Prix level jumpers and has Grand Champion wins on the AA circuit in both Green Conformation Hunter and Regular Working Hunter. His first US bred foals were born in 2008 and will enter the show ring this year.

In 2009 Seafire Sporthorses bred a New Forest Pony mare, Manoravon Master Elegance, to German Riding pony stallion, FS Daily Hero, in the hopes of producing a pony stallion prospect. The resulting foal named “Oh Kaptain Underpants SFS” is a registered Belgian Riding Pony stallion and will be added to their stallion roster for 2014. Seafire Sporthorses breeds only a few mares each year, their broodmare herd is composed of exceptional mares who have produced premium and elite status foals. Their breeding goal is to produce quality, athletic sporthorses with willing attitudes and loving personalities. 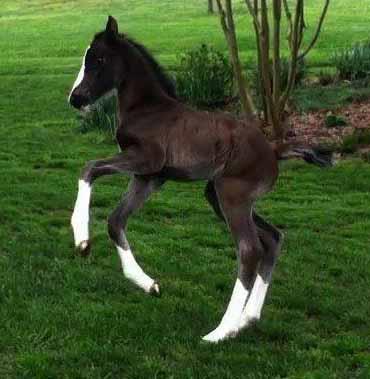 Peterson and Smith Equine Reproduction Center, an SBS Affiliate Laboratory in Ocala, FL, has been instrumental in helping Seafire Sporthorses with their breeding program. According to Stacia:

“The staff has been very helpful and supportive of us and helping us learn in the area of stallion management.”

As she lives quite a distance from the collection facility and she works full time it only made sense for Stacia to offer frozen semen as the only option when breeding their own mares or shipping semen to client mares. When asked why they choose an SBS Affiliate laboratory for their breeding needs Stacia said:

“Reputation and Service. They have done a great job with his semen and we are getting good results on first cycle breeding.”

For more information on Seafire Sporthorses, visit their website.

The photos show Richard and one of his 2012 foals, Seraphina.