The Man From Snowy River Challenge 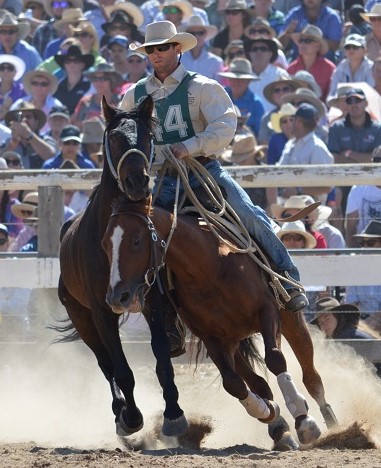 The movie “The Man from Snowy River” was released nearly 35 years ago and set in Australia. Those who have seen the film probably recall the infamous scene where Jim Craig rode his horse down the side of a cliff at a full gallop while chasing a herd of Brumbies (Australian Wild Horses). The movie gave birth to The Man from Snowy River Challenge which has taken place for over 20 years in the small country town of Corryong in Australia. The town is located in the far north-eastern corner of Victoria and is famed for its picturesque scenery. It’s unspoiled natural attractions include rivers, snowy mountains and forests which are perfect backdrops for the annual Man From Snowy River Bush Festival.

The Man From Snowy River Bush Festival is an incredible display of horsemanship, bush poetry, art, music, traditions and bush skills as based on Banjo Patterson’s epic poem: The Man from Snowy River. The Man from Snowy River Challenge is the showcase event of the Festival which endeavors to find the modern day “man from snowy river.” The event tests the all-around horsemanship skills of today’s Australian Stockmen and women. Select Breeders Services (SBS) is proud to have clients, stallions and their offspring competing in this event. 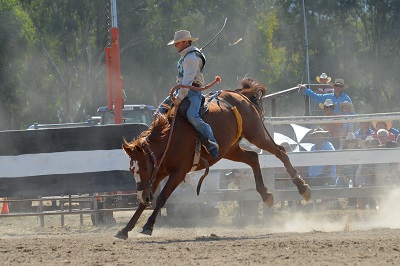 The top ten men and top three women competitors with the highest scores from each six events are then chosen to participate in the final events and ultimately the top prize of AUS $20,000.00 along with additional prizes. The two final events are Paterson’s Brumby Catch (finalists attempt to halter and catch a Brumby in an arena within three minutes) and Kosciusko Stocksaddle Buckjump (using the same stock saddle and gear used throughout, the finalists attempt to retain their seat on a bucking horse for 8 seconds).

Included in the top 10 finalists were Dolgwili Norman and Stoneage Jay. Dolgwili Norman is a son of Bonlac Gigolo (Blue Moon Mystic x Bonlac Escort). This young gelding won the highest scoring Rookie horse and highest scoring Open Rider on an Australian Stock Horse. Bonlac Gigolo has been frozen by GVEH and is producing top Campdrafting horses with no less than ten offspring winning individual events.

Stoneage Jay, a son of RS Chisum (Hes A Peptoboonsmal x RS Sola Rey Me) ridden by David Mitchell (photo above right), ended up 7th overall in this grueling three-day competition. RS Chisum, frozen by GVEH and most recently by Tamworth Equine Veterinary Centre, is producing top Cutting, Campdrafting and Challenge horses. Stoneage Jay was bred by Paul and Jane Stone who themselves have sent two stallions to 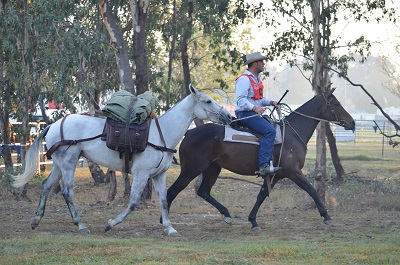 The Man From Snowy River Festival is a great event with more than 20,000 people attending each year to watch the Challenge and partake in the great food, shopping and events put on throughout the three days in the beautiful town and surrounds of Corryong.